Responding to an increase in both commercial motor vehicles and passenger vehicle traffic traveling through their community via the winter roads network, Pickle Lake OPP are conducting a traffic safety initiative that will be in effect until the closure of the seasonal ice roads.

A news release issued last week explained that, “officers will be focusing policing efforts on traffic enforcement to uphold public safety on local roadways, including highways and ice roads.”

Inspector Karl Duewel, Detachment Commander, OPP Sioux Lookout Cluster, shared, “As we enter the winter road season, I would like to remind the public that we have lots of families travelling in and out of the northern communities and we want everyone to arrive at their locations safely.”

Police shared, “Distracted driving, excessive speed, misuse of seatbelts, and impaired driving - also known as ‘the big four’, have been identified as the leading causes of death or injury on OPP-patrolled roadways. Officers will be on the lookout for these traffic safety concerns, as well as proper vehicle equipment and maintenance, which is essential for the safety of drivers traveling into more remote locations.”

Members of the public are asked to contact the Ontario Provincial Police at 1-800-310-1122 if they observe a driver operating a motor vehicle in a dangerous manner, whether it be a passenger vehicle, commercial motor vehicle, or snowmobile.

More information about safe and responsible driving can be viewed at www.opp.ca or the Ministry of Transportation’s website, https://www.ontario.ca/document/official-mto-drivers-handbook/safe-and-responsible-driving. 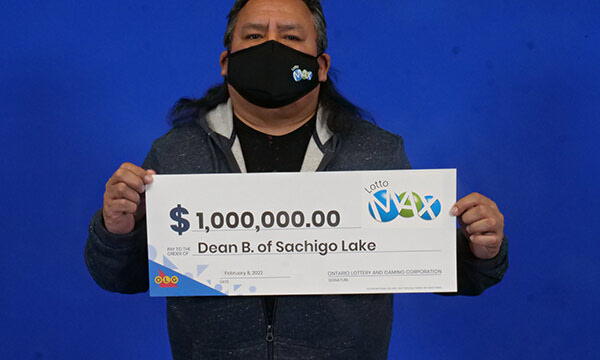 Dean Beardy of Sachigo Lake First Nation plans to build a chapel for his community after discovering he had the winning ticket for a MAXMILLIONS prize worth $1 million from the December 7 LOTTO MAX draw...