More than 200 students had the opportunity to think about and explore their potential futures during the annual career fair hosted by Pelican Falls First Nations High School (PFFNHS) on Feb. 14.

“The kids are having a great time. They’re all walking around with their gift bags and asking good questions, so it’s been good,” he added.

When asked about the experience interacting with hundreds of students throughout the morning, presenters were encouraged to see how much interest the students had.

“It’s a beautiful community, it’s very welcoming, and we’re finding students are extremely engaged. They come around asking questions and, generally, we’re getting through to a number of them,” shared Don Eldridge, who is a post-secondary coordinator with Seven Generations Education Institute.

“It’s been great. It’s my first time here, and it’s fantastic,” he continued.

“It’s been busy with lots of interest…We’ve had lots of movement at our station and the kids have been really engaged,” said Whitney Barham, who is a military career counsellor with the Canadian Forces.

“I’m enjoying all the student engagement here… This career fair is pretty busy, but I’m enjoying it. It’s fast paced with some slow spots, but only for a few minutes though, and then it picks right back up again. I’m really enjoying it,” said Alex Copenace, who is a representative for WINKS.

When asked about their experiences at the different booths, the students enjoyed the diverse interactive elements that most presenters incorporated.

“I got to save a guy’s life at one of the booths (Sioux Lookout Meno Ya Win Health Centre), which was cool,” PFFNHS student Kristin Kakegamic jokingly shared.

“I really like how hands on everything is. It definitely makes it more fun,” said PFFNHS student Faith Meekis.

“It’s been good. Some of the booths are pretty fun,” said PFFNHS student Jacy Kakepetum.

Towards the end of the career fair, Hordy shared his excitement in seeing the hands-on interaction and engagement because they put an emphasis on those elements during the preparation phases of the career fair.

“That’s what we’re striving for is to try and create something interactive for the kids. We tell the presenters to bring something with them. The more the kids have to touch with their hands, feel, and see it just opens their world. It’s been awesome. There’s no one wandering the halls. Everyone is in the gym and participating, so we’re very happy,” he concluded. 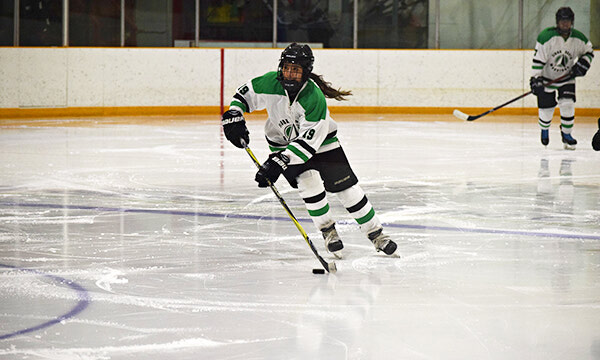