Open water season on Pelican Lake has begun, with April 27 being deemed the official ice-out date for this year.

Individuals in Sioux Lookout have been recording ice-out and freeze-up on Pelican Lake for 88 years, shared Sioux Lookout resident Dick MacKenzie, who has been keeping records for the past three years. He added that this year’s ice-out was among the earliest recorded.

MacKenzie said that records are based on readings from the largest face of the lake visible from town, between Frog Rapids and the railroad bridges. “There has to be no ice left floating,” he explained, adding, “Anything that’s on shore, it doesn’t count.”

MacKenzie shared his knowledge of the history of local record keeping. “I know a sketchy history, and the records for both, break-up in the spring and freeze-up in the fall have been done since 1934.” He added, “The Elliott brothers started keeping records in 1934, and I assume, partly for their interest. Everybody is interested in when the ice goes out and freezes up in the fall. But, I think also probably as part of being in the aviation industry, flying on floats and skis, it was probably useful information.”

MacKenzie said that responsibility for maintaining records was later taken on for several years by local resident Doug McIvor, with occasional help from his friend Mike Eliuk, before the responsibility was passed on to his son, John McIvor. John McIvor kept records until about three years ago when MacKenzie took over, in coordination with Darrell Morgan.

A lot can depend on the weather over just a few days, said MacKenzie. He added that weather for this past month of April was pretty warm, with minimal snow on top of the ice, which acts as an insulator from the sun. MacKenzie said that once the ice is thin, wind further moves and crashes the ice around, acting as a catalyst to the process of ice-out. 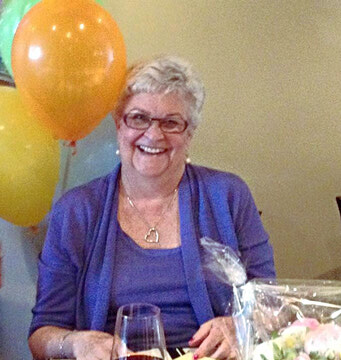 She was the proud daughter to the late Philip Hayes and Jean Campbell, pre-deceased by her sister to Lynne Loerke and her loving husband, Howard Milthorpe..