Jason Duewel is a thirteen year-old transgender male from Sioux Lookout. Since the time he was three or four years old, he found himself gravitating to more typically masculine activities and clothing. Jason advised that when he was ten years old, he got his first pair of boxer shorts and that solidified his identity in his mind. By the time he had turned 11, he came out as transgender to his parents, school friends, and Sioux Lookout’s Youth Club GSA. The following spring, he made a proclamation at a community event, officially coming out to the community, receiving cheers from his supporters and those that know his story.
Jason advised that his biggest supports through his transitional process have been his parents, family, and close friends. The biggest challenges he has faced so far have been coming out to people who knew him before, and having to continuously clarify that he does not use his old name and correct people on his pronoun. When asked if there was anything he wished other youth to know if they were starting their own transitional process, he advised, “Trust your parents, they know you and will always be there for you; and if you come out to them first, they will be there to help you through the rest.”
Jason’s father, Karl Duewel, is the Acting Inspector for the Sioux Lookout OPP Detachment. He has been supporting Jason throughout his journey. “I was proud of my transgender son, Jason that he felt comfortable enough to speak with us on how he was feeling about his gender. My wife, Josee, and I are thankful that we have a son who is happy and feels supported with the gender he identifies with” says A/Insp Duewel. He also noted that “the support Jason has received from the members of the Sioux Lookout OPP family has been amazing. Jason loves coming and visiting with all of the members, many of whom also volunteer at the local GSA. Jason appreciates the overt support of non-binary individuals by the OPP, and was very happy to see the OPP Detachment fly the Pride flag in June.”
When he learned about the Transgender Day of Remembrance, a day that honors the memory of transgender people whose lives were lost in acts of anti-transgender violence, Jason advised that he was sad to learn that people have been killed because of the way they identify. He also advised that he feels lucky to have the supports and acceptance of the majority of the people he encounters. Jason advised that he still faces discrimination in some ways, through name calling, not being picked by either team when playing sports that are boys vs. girls, and just general negativity for being transgender in a Catholic School. Jason faces this adversity with bravery and self-dignity, advising “I believe that God just wants you to be who you are.” 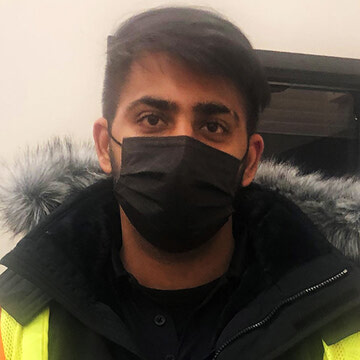 Question of the week: When do you think Pelican Lake will completely freeze over?