School is back in session today (Sept.4) at area schools and with the resumption of classes, comes the return of school busses to area roadways, and a return of students making their way to and from school on foot and by bicycle.
Over the Labour Day long weekend, Ontario Provincial Police conducted a distracted driving campaign to remind motorists of the importance of paying full attention when driving.
“In 2018, 24 pedestrians were killed in OPP jurisdictions, with inattentive driving being the primary cause in seven (7) of the deaths. So far this year, there have been 21 pedestrian deaths, two (2) of which were caused by motorists who were not fully focused on driving.
“The OPP investigated 304 school bus collisions last year, 76 of which were attributed to motorists or school bus drivers who were engaged in some form of distraction. There have been 158 school bus collisions so far this year, with 37 of the incidents linked to motorists or school bus drivers who failed to give driving their undivided attention,” Ontario Provincial Police shared in a news release.
“Drivers who use their cell phone or are distracted in other ways continue to endanger the lives of people of all ages who share the road with them, be it as a driver, passenger, pedestrian or cyclist. With the new school year set to begin, we need all motorists to make a firm commitment to keeping all forms of distraction out of the driver's seat,” shared Acting Deputy Commissioner Alison Jevons, Provincial Commander, OPP Traffic Safety and Operational Support.
Solicitor General Sylvia Jones asked people to, “Protect your family, friends and other drivers by keeping your eyes on the road at all times, be mindful behind the wheel and avoid distracted driving behaviours such as texting.”
Ontario Provincial Police are reminding passengers, “That they are never safe in a vehicle with a driver who is texting or talking on their cell phone. Passengers can help save lives by adopting a 'no cell phone use" policy with all drivers.”
“So far this year, the deaths of 26 people on OPP-patrolled roads have been linked to inattentive drivers. There were 55 inattentive-related fatalities in 2018.
“In 2018, the OPP laid more than 180 charges against drivers for failing to stop for school buses.
Drivers who pass a stopped school bus with its upper red lights flashing face fines of $400 to $2,000 and six demerit points. Subsequent offences carry higher fines and possible jail time. As of January 1, 2019 new distracted driving penalties include a fine increase up to $1,000, three demerit points and a three-day licence suspension,” the OPP news release concluded. 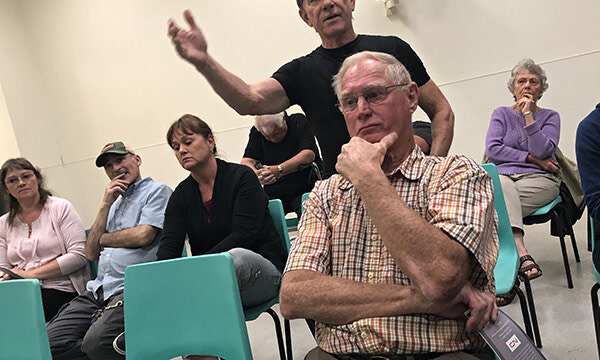 An update to the community on the remediation of contamination at Farlinger Park the Town Beach left many of the approximately 20 people who attended the meeting, looking for more answers.