Do you have an interest in law enforcement? Looking for a way to give back to your community?

The Sioux Lookout OPP Auxiliary Policing Unit is looking for volunteers to join its ranks in the hopes of being able to expand its auxiliary services in communities such as Pickle Lake, Wapekeka First Nation, and North Caribou Lake First Nation. Auxiliary members work with OPP officers to ensure the safety and well-being of the communities they serve, providing assistance in various ways including patrols with regular members, assisting with community events, seat belt clinics, RIDE initiatives, victim assistance and ceremonial duties.

As Andrea Degagne, Auxiliary Liaison Officer, explained, “The Sioux Lookout OPP developed their standalone auxiliary policing program last summer. It used to be part of Kenora’s program, but we have a standalone unit now. We are looking to add more members to the existing group of four members who operate out of Sioux Lookout and are able to assist in our northern communities. We are looking to expand that to 12. So, two in Pickle Lake, two in North Caribou, one in Wapekeka, with the remaining being in Sioux Lookout.”

Degagne continued, “This is a volunteer position. The candidates would be working part-time with front line officers, assisting them in assuring people are safe in their communities.”

The pandemic means many of the initiatives the auxiliary members would normally partake in are currently on hold, but as Degagne explained, “As we reduce those restrictions, they will be working alongside front line officers, participating in patrols, as well as taking part in those community initiatives that we see the OPP participate in. Things like the Christmas Food Hamper Drive, or Stuff A Cruiser event. We do a lot of bicycle safety, bike and ATV patrols, trail patrols, and marine patrols in the summer.  In the wintertime they are involved with the snowmobile patrols, so all the fun stuff, they get to do.”

Degagne expects the successful candidates won’t find the requisite volunteer hours too taxing, stating, “It’s a pretty minimal commitment of time they would need to commit to. There’s an eight-day training course that takes place away from Sioux Lookout. The eight days of training is at OPP Headquarters in Orillia. Transportation and accommodation are supported by the OPP for successful candidates who attend training. So, they’d be away from home for a week. Then we are requiring 10 hours on patrol a month, with six hours of training. That can be done as a refresher meeting which we have built into the program, so it’s pretty much one evening a month we’ll have a training session, and then they do 10 hours of patrol with front line officers.”

When asked about the value of auxiliary volunteers, Degagne commented, “We know that the front line police are requested to do a lot out there. They have a lot of the roles in the community, and having those volunteers enables us to respond much more effectively and efficiently to events and be present in the community.” She added, “We are really pushing the recruitment drive right now due to the need to actually fill those open spots. Anybody that’s interested can apply and we will gladly accept their application.”

Acting Auxiliary Sargent Dean Osmond has been part of the auxiliary program for over a decade. He sees the program as being one of his most fulfilling volunteer experiences, stating, “As acting Auxiliary Sargent for the new Sioux Lookout unit, I am extremely excited to be part of developing and growing our unit. I have been with the OPP auxiliary program since 2010. In all my years with various volunteer organizations, the OPP Auxiliary has been the most rewarding. I believe I am part of a team that makes a difference. “

Anyone interested in learning more about the OPP Auxiliary Police Program can find more datils and application forms at  https://bit.ly/3HJgJRV , or by contacting the Sioux Lookout OPP detachment. 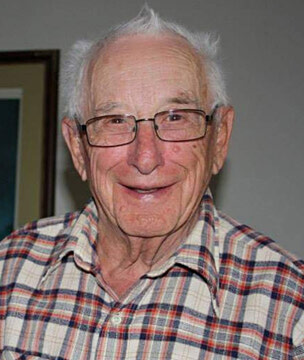 The world has been fortunate to have had him for 96 years. A life well lived, he has gone to be with his beautiful Gina...