Ontario Provincial Police are investigating the circumstances surrounding the sudden deaths of three people at a residence in Hudson.
Police shared in a Nov. 13 media release, “On Saturday, November 12, 2022, at approximately 12:57 p.m., members of the Sioux Lookout OPP and Lac Seul Police Service responded to a call for an unresponsive individual at a residence on Second Street, in the community of Hudson.
“Officers along with Northwest Emergency Medical Services (EMS) attended the scene and located three individuals that were unresponsive, and subsequently pronounced deceased at the scene.”
Sioux Lookout OPP shared that post-mortems will be conducted at the Ontario Forensic Pathology Service in Toronto later this week to help determine the cause of death.
Investigators believe there is no threat to public safety.
Members of the Sioux Lookout OPP, Northwest Region Crime Unit, and Northwest Forensic Identification Services (FIS) are continuing the investigation under the direction of the OPP Criminal Investigation Branch (CIB) in conjunction with the Office of the Chief Coroner for Ontario.
Police are asking for the public’s assistance in this investigation. Anyone with information regarding this incident is encouraged to contact the Sioux Lookout OPP at 1-888-310-1122. Should people wish to remain anonymous, they may call Crime Stoppers at 1-800-222-8477 (TIPS), where people may be eligible to receive a cash reward of up to $2,000. People can also submit information online at www.ontariocrimestoppers.ca. 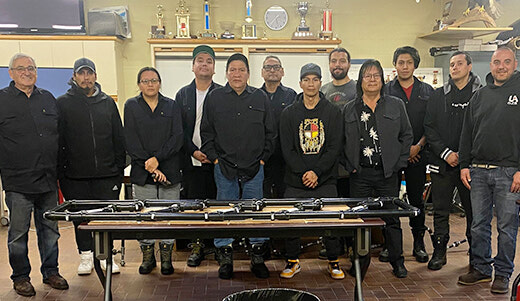