A 35-year-old individual from Pikangikum First Nation is facing several charges after what Ontario Provincial Police (OPP) say was a serious assault in Sioux Lookout.

OPP shared in a May 18 news release, “On May 11, 2021 the Sioux Lookout Detachment of the Ontario Provincial Police (OPP) was advised of an assault at a hostel on Meno Ya Win Way.”

“Emergency Medical Services attended the scene and transported two victims to the hospital. One of the victims was air lifted to Winnipeg with potential life threatening injuries.”

OPP officers arrested an individual at the scene, a 35-year-old from Pikangikum First Nation, who has been charged with the following offences under the Criminal Code:

OPP have informed that the name of the accused cannot be released in order to protect the identity of the victims.

The accused attended a bail hearing on May 17 at Ontario Court of Justice and has been remanded into custody.

The investigation by the North West Region Crime Unit and Forensic Identification Services (FIS), under the direction of the OPP Criminal Investigation Branch, is continuing.

Members of the public who have information regarding this investigation are urged to contact the OPP at 1-888-310-1122 or people can provide information anonymously by calling Crime Stoppers at 1-800-222-8477 (TIPS). Crime Stoppers tips can also be submitted on-line at https://ontariocrimestoppers.ca/. 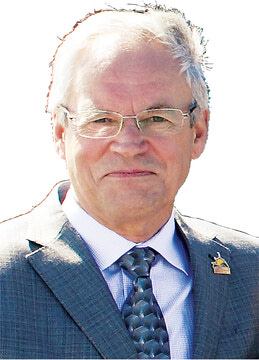 From The Mayor's Desk: Promoting Vaccination

Although we still have some coronavirus cases in the Sioux Lookout Health Hub, the number of cases is going down. On behalf of the Municipality I am urging anyone aged 18 years and older who has not yet been vaccinated to get vaccinated....