OPP appealing for information related to historical homicide in Pikangikum

Ontario Provincial Police are turning to the public to help solve a 10-year-old murder.

“March 22, 2019 marks the 10th anniversary of the murder of 33-year-old Judy Ann Quill in the First Nation Community of Pikangikum, Ontario. Judy was last seen leaving a family member's house in the early morning hours of March 22, 2009. She was later discovered seriously injured in a wooded area, the victim of a vicious assault. Judy was transported to the local medical centre where, despite best efforts, she succumbed to her injuries. A post mortem examination was conducted on March 23, 2009. The evidence indicates that Judy Ann Quill was the victim of a homicide,” Police shared in a news release.

Police stated they are committed to bringing the investigation, which remains open, to a successful conclusion.

The OPP North West Region Crime Unit is continuing the investigation, under the direction of Detective Inspector Randy Heida of the OPP Criminal Investigation Branch (CIB).

Detective Inspector Randy Heida commented, "No unsolved homicide investigation conducted by the OPP is ever closed. I believe there is a strong desire in Pikangikum, indeed in all of Ontario, to solve this murder. Ms. Quill was brutally beaten and killed. I believe someone in Pikangikum knows what happened to her. We want to talk to them, gather that evidence, and bring this case to a successful conclusion for Ms. Quill, for her family and for her community."

“Investigators will be talking to Pikangikum community members all week with the goal of generating public interest and assistance. It is their hope that, after all these years, someone will come forward and help them find justice for Judy Quill and her family,” the OPP news release further informed.

Police are asking anyone with information related to Quill’s death to contact the OPP Communication Centre at 1-888-310-1122. If people wish to remain anonymous, they can contact Crime Stoppers at 1-800-222-8477 (TIPS). 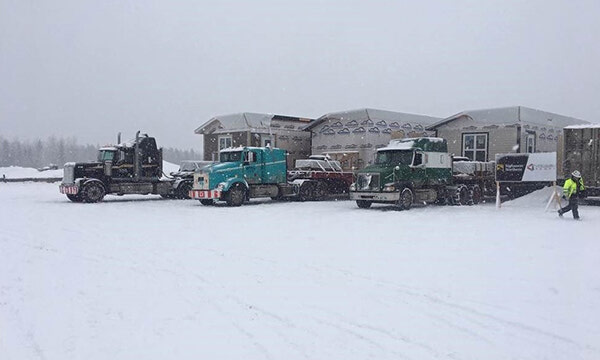 On March 16, Seamus O Regan, Minister of Indigenous Services (@SeamusORegan) Tweeted, The first shipment of new modular homes has arrived in Cat Lake. Of course there is still much work to be done, but this critical work is progressing.