NDP MPP Sol Mamakwa, representing Kiiwetinoong,  was one those MPPs.

Mamakwa shared that access to mental health and addiction services in northern Ontario is very limited. “At best it’s very minimal and non-existent at worst.”

“It’s critical to recognize that these are not numbers – they are PEOPLE. People who are struggling with mental health and addiction. People who are being preyed upon by dealers. People who are feeling lost because they don’t know where to turn to for help. People who are trying to get help for themselves; for friends or family – and feeling abandoned,” the open letter read, in part.

Mamakwa said that there is a critical need to address this issue. “I know Northern Ontario School of Medicine pointed out that opioid related death rates in many parts of northern Ontario are higher during this pandemic and significantly higher than the numbers compared to elsewhere in Ontario.”

He added that social issues contributing to the opioid crisis need to be addressed with better access to basic services like health, mental health, and detox, among others.

The letter stated that rural areas of the North need mental health infrastructure adapted to their population needs. “Right now people seeking mental health and addiction services are left unsupported. This needs to change.” It continued that mental health, addiction, consumption treatment and overdose prevention services continue to play a vital role in our healthcare system, helping the most marginalized in our communities and the services must be accessible to all northerners.

Mamakwa said, “Sometimes we need to provide the voice for northern Ontario and I think sometimes when we are in that provincial system, we lose the voice of northern Ontario and we need to work as northern Ontarians to be able to address and work together on some of the issues we face. I think again, we as northern MPPs, we hear the same thing, we see the same thing, we hear the same stories and I think that’s why it’s important that we made this letter public, because, you know, especially because the communities are suffering, families are struggling, people are dying, and we need to sound this alarm for what’s happening in the north.”

Some steps that the letter suggests the government can take to help address the opioid overdose crisis include: Declaring the opioid crisis a public health emergency and breaking the stigma of substance use; investing in harm reduction strategies immediately; working with municipalities and Local Services Boards to address mental health and addiction issues in their communities; funding the mental health and addiction infrastructure needed to bring equity of access to the people of the North, including more safe beds and 24 hour services for treatment; addressing the social determinants of health of people living with an opioid addiction and expediting the approval process for supervised consumption sites in the north.

Mamakwa said that individuals, families and communities that are impacted by this opioid crisis would continue to see unnecessary sufferings, needless deaths, if the issue is not addressed.  He added, “We need to be able to address that and we need to get ahead of it and that’s why we wrote the letter that we need to come together, not just as MPPs, but leadership community organization to come together to come up with how we can move forward, work together and address these issues.” 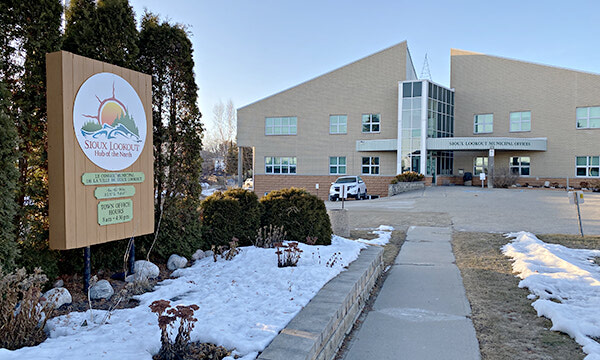 The Municipality of Sioux Lookout is advising of changes to its operations effective 12:01 a.m., Monday, March 15, when the Northwestern Health Unit area entered the Red Control level of the province s COVID-19 Response Framework, for at least a two...