The Ontario Association of Optometrists (OAO) has agreed to pause its job action of refusing to see OHIP-covered patients. The job action, which began September 1, was instituted to protest what the OAO claims was the inadequate reimbursement by the Ontario government of the costs of delivering OHIP insured eye exams.

The reinstatement of services was announced on Nov 22 and took effect Nov 23. The OAO has stated that the resumption of services was a sign of good faith as the Ministry of Health and the OAO have agreed to enter into formal negotiations.

In a news release dated Nov 22, the OAO stated “The OAO is committed to negotiating a sustainable funding model that aligns with how optometric care is funded in other Canadian jurisdictions. The OAO expects robust talks to begin immediately, noting that the swift resolution of this issue is a top priority for both optometrists and their patients.”

Dr. Suzanne Lockyer, whose Lockyer Optometry business operates out of Sioux Lookout every Thursday, expressed satisfaction that the withdrawal of services was being lifted, stating, “We are pleased to resume providing eye examinations to our most vulnerable patients - children, seniors, those with diabetes and eye diseases.”

Deputy Premier and Minster of Health Christine Elliot released the following statement on Nov 22, “I am pleased that the Ontario Association of Optometrists (OAO) has agreed to join us in resuming direct face-to-face negotiations. As a result of this agreement to resume negotiations, the OAO has advised the Ministry of Health that any OHIP insured eye and vision care services that were previously affected by this impasse will resume effective November 23, 2021. Both parties have also agreed to a media blackout on this topic during the course of these negotiations. The Ministry of Health is at the negotiations table ready to reach a timely and fair agreement regarding this important matter.” Lockyer acknowledges the backlog of patients awaiting OHIP covered exams may take some time to clear, stating, “We will do our best to accommodate and see affected patients as soon as possible but it will take time. The Ford government did not create this eyecare crisis in eye care in Ontario, but as the current government, they have the responsibility to fix it.  We hope for a speedy resolution in negotiations between the Ontario Ministry of Health and the Ontario Association of Optometrists.” 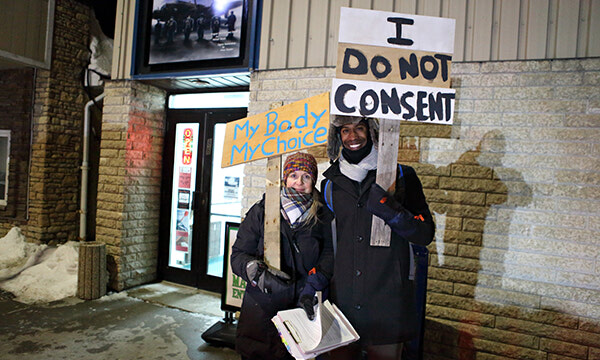