Based on police-reported incidents, Ontario is a hub for human trafficking.
An Ontario Ministry of Children, Community and Social Services news release issued on Dec. 10 states that more than 70 percent of known human trafficking victims identified by police are under the age of 25 and 28 percent are under the age of 18. It further mentions that young women and girls are particularly vulnerable to being targeted, especially those from Indigenous communities and children and youth in care. However, boys, men and people who are LGBTQ2S are also targeted.
On Dec. 10, as part of its Anti-Human Trafficking Strategy, the Government of Ontario announced it is increasing services for child and youth victims and survivors of human trafficking by providing $46 million for 27 new projects across the province through the Community Supports Fund and Indigenous-led Initiatives Fund.
One of the Community Supports Fund Recipients for 2020-2025 is the Ontario Native Women’s Association which will receive $3,098,700.
ONWA is also an Indigenous-led Initiatives Fund Recipient for 2020-2025 in the amount of $7,713,100.
“The funding will be used by the Ontario Native Women’s Association (ONWA) to further develop and expand the Aakode’ewin - Courage for Change Program across Ontario addressing the unique needs of the disproportionate numbers of Indigenous women, youth and girls affected by human trafficking,” ONWA shared in a Dec. 10 news release.
“The program supports Indigenous women and girls at risk, currently involved in, or a survivor of human trafficking. It will focus specifically on exploited youth to get them the services and tools they need to exit. The program offers support in a variety of ways, including 24/7 crisis response, harm reduction and safety planning, 1-1 support with referrals to healthcare, counselling and addiction services, and programming focused on capacity building, empowerment and culturally specific healing. Through a multi-sector approach, care and services are provided in a trauma-informed anti-oppressive way, ensuring integration of culture-based practices and mainstream supports,” ONWA further explained.
“ONWA is honoured to continue to do this important work. The expansion of our Courage for Change Program will begin to address gaps in specific services for Indigenous women and girls. With this investment, ONWA will focus on both immediate safety needs and ongoing healing for Indigenous women and girls,” said Cora McGuire-Cyrette, Executive Director, ONWA. “Through continued implementation of ONWA’s Journey to Safe Spaces Strategy, we continue to honour the knowledge of survivors. This announcement represents one of the largest investments in Canada to an Indigenous Women’s agency to prioritize Indigenous Women’s safety.”
“Currently operating in Thunder Bay with expansion in Toronto, programming will be offered to additional Indigenous organizations in priority communities such as: Timmins, Ottawa, Greenstone, Kenora, Napanee, Sioux Lookout, Midland, Peterborough, Hamilton and Niagara Region, with the goal of creating a network of coordinated anti-human trafficking supports and services across the province,” ONWA shared.
“Because we’re expanding into 10 communities, this is our opportunity to create a pathway to safe spaces. It takes a community to create change,” says Dawn Lavell-Harvard, Board President, ONWA.
“Human trafficking is a serious crime that is victimizing a growing number of vulnerable Ontarians,” said Solicitor General Sylvia Jones. “This investment helps ensure victims and survivors have the support they need while we work to end this heinous activity in our communities.”
“Indigenous women and children make up a disproportionate number of those exploited through human trafficking in Ontario,” said Greg Rickford, Minister of Indigenous Affairs. “We are taking serious action to put an end to human trafficking in Ontario and ensuring victims have access to culturally appropriate supports and services as a part of our plan to combat this abhorrent crime.” 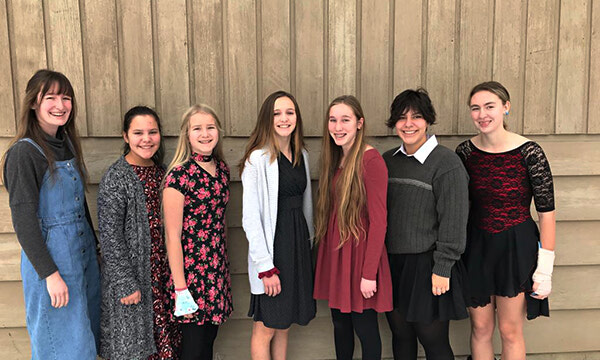 A group of seven Sioux Lookout teenagers are participating in this year s Dressember campaign, pledging to wear dresses through the month of December, in efforts to raise awareness about human trafficking. Dressember is a nonprofit, collaborative...