The Nishnawbe-Gamik Friendship Centre’s (NGFC) Sioux Lookout Multi Cultural Youth Music Program successfully held its fifth annual Christmas Music Festival virtually on December 12. The online concert, which commenced at 7 p.m. with a running time of an hour and 41 minutes, had received more than 1700 views in just 24 hours.
Sioux Lookout Multi Cultural Youth Music Program Coordinator Tommy Kuzemczak said, “It was really good. These kids, they’re all great little musicians.” He mentioned that the kids got a week’s time to rehearse before they were recorded. The videos were ready for editing by the first week of December, after recording for about a week and a half. Kuzemczak added, “I started in the last weeks of October, putting it together. Everything worked out. It was a lot of work though, to get the kids all in order to make it all work, and I’m satisfied. In my opinion, it was the best we possibly could have been.”
People who may not have had the opportunity to take in the concert still have the option to view it online. “It’s archived on the Nishnawbe-Gamik Friendship Centre’s YouTube page, it is also archived on the Sioux Lookout Multi Cultural Youth Music Program’s Facebook page and it is also archived on the Sioux Mountain Online Music Festival 2020 Facebook Page. You can find it on any of those three and it’ll be there.”
Kuzemczak shared that the concert has two different videos uploaded as a part of it. “During the show, there was an editing mistake. We left one of the bands out. But you can find that band, they’re called the Sleighs, and they are on the Friendship Centre page, right after the online concert.” The Sleighs’ performance can also be viewed on the Multi Cultural Youth Music Program’s and the Sioux Mountain Online Music Festival 2020’s Facebook Pages. Kuzemczak said that they hope the concert helped spark the Christmas spirit among the community this season. “I was satisfied with everything, it all worked out quite well,” he concluded. 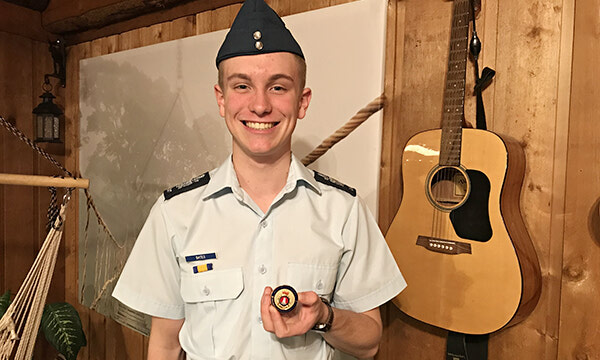