November 1 marked the beginning of daytime time burning across Ontario.
Residents with burn permits are now able to burn their brush piles throughout the day from November 1 to March 31.
Sioux Lookout Fire Chief Rob Favot said this is an ideal time to get some burning done, but fire safety should remain at the forefront.
“From November 1 to March 31 daytime burning is permitted. If you have brush piles that are left over from the summer this is probably a good time to start burning those piles in the wintertime now when you can burn during the daytime, but you still have to follow the rules and regulations. It (the fire) still has to be supervised and you have to make sure it’s out when you’re finished… We always caution everybody that, once you start a fire, you should always remain with the fire and make sure it’s out,” said Favot.
“Permits go from April 1 to March 31 of the next year. Most people have their permits, but if they don’t then they would require one to burn in the wintertime. The only difference now is its daytime burning, whereas April 1 to October 31 it’s two hours before sunset to burn any kind of brush, leaves, or whatever you’re burning. People may also still have their backyard fires. They may have a little pit there and they may have a fire or have hot chocolate around the fire or something like that. You’re not required to have a permit for that because that’s cooking and warmth, so you’re not required to have a permit for that but you still have to make sure the fire is out when you’re done,” Favot continued.
Favot emphasized the importance of properly burning wood while keeping chimneys and pipes clean throughout the winter season.
“You need to burn dry, split wood. That’s the number one issue is if you’re going to burn wood, whether it’s in your wood stove or in your fireplace, it should be dry wood and split. The most important part of burning wood is making sure that your chimney and your pipes from your wood stove to your chimney are clean. That’s not just a once a year operation. This is usually a monthly operation. We’re finding with these new efficient wood stoves, they’re called an EPA wood stove, we’re seeing more and more inside pipes getting clogged up from these types of wood stoves. The last few calls we had last year the chimneys were pretty clean, and people had said that they cleaned the chimneys, but it was the inside pipes that were plugged up. Not only do you clean your chimney, but you should also clean your inside pipes at the same time because we’re finding we’re getting a little bit more blockage in the inside pipes,” said Favot.
“One thing I remind people when they’re cleaning their wood stoves and pipes is the ashes should be in a metal container and put outside, but not up against the house,” he added.
Favot shared over the years the Sioux Lookout Fire Department have been fielding less and less calls for chimney fires.
“Fifteen years ago we were getting two or three chimney fire calls a month and now we’re down to maybe three or four for the whole winter season, so people are much more aware on how to burn and they’re conscientious with making sure everything is clean. We don’t get the calls we used to get,” he said.
If you’re heating your home with an open flame or fuel, or you have an attached garage, the law requires residents to have a carbon monoxide alarm on every level, along with smoke alarms.
“If you’re burning wood, have an oil furnace, propane, or you have an attached garage, it’s the law that you have to have a carbon monoxide alarm on every level and a working smoke alarm on every level. That’s a must in every house because there have been deaths, not in Sioux Lookout, in the province of Ontario from carbon monoxide poisoning, which is an odorless gas,” said Favot.
Carbon Monoxide Awareness Week ran from Nov. 1 to 7 across Ontario.
Ontario's Office of the Fire Marshal and Emergency Management shared the following tips regarding carbon monoxide:
• Monitor your health and the health of your family. Exposure to CO can cause flu-like symptoms such as headaches, nausea, dizziness, as well as confusion, drowsiness, loss of consciousness and death.
• If your CO alarm sounds, and you or other occupants are suffering from symptoms of CO poisoning, get everyone out of the home immediately and call 9-1-1.
• Read the manufacturer’s instructions for your CO alarms to know the difference between the sound of an alarm and the sound of a low battery or end of life warning.
For more fire safety information, call the Sioux Lookout Fire Hall at 807-737-2564 or the Hudson Fire Hall at 807-582-3565. 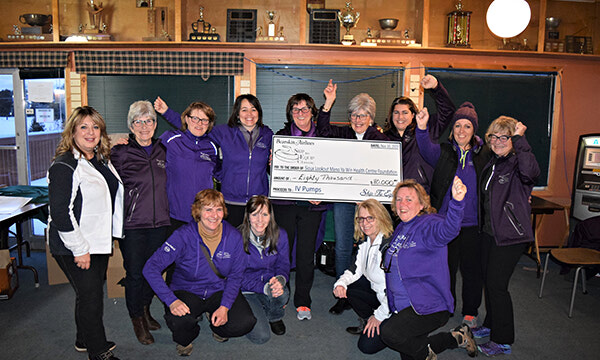