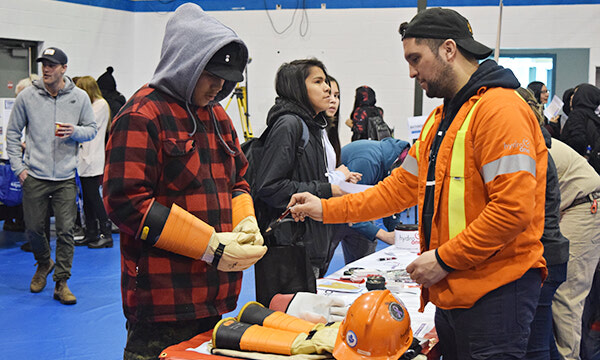 More than 200 students had the opportunity to think about and explore their potential futures during the annual career fair hosted by Pelican Falls First Nations High School (PFFNHS) on Feb. 14.