The Lac Seul First Nation community of Kejick Bay celebrated the completion of a new water treatment facility, which marks the official end of a 17-year boil water advisory in the community, during a grand opening ceremony on Feb. 13.

The boil water advisory was declared on Feb. 14, 2003 after the old treatment system failed to comply with government drinking water regulations.

“It’s a very historic day for the community of Kejick Bay, and also the community of Lac Seul… Today is the start of a new era for Kejick Bay. We have been living under a very long water boil advisory since 2003, which is almost 20 years,” said Lac Seul First Nation Chief Derek Maud during the celebration.

“This project has been ongoing for a very long time. Back in 2013 David Gordon, who was a councillor back then, did the initial application under the Small Community Funds… I feel that this is a positive step. We don’t have to rely on bottled water anymore,” he said.

“It’s been a really exciting week in our region. Just the other day there was an announcement of a water treatment centre in Northwest Angle #33 as well… It’s great when we can be together and continue to celebrate occasions such as this. I understand it would’ve been 17 years to-the-day tomorrow, which is how long the boil water advisory out here in Kejick Bay had lasted, so this has of course been a long time coming and a lot of people have put in a tremendous amount of work to help us get there,” said Eric Melillo, Kenora Riding’s Member of Parliament representing the Conservative Party of Canada.

“I want to commend the federal government for some promises they made. Some five years ago they said they were going to deal with the boil water advisories, and I’m hopeful they’re going to resolve most of these issues we have in our communities clear across Canada… I’m kind of at a loss for words. That’s how proud I am to be here witnessing what’s happening today,” said Francis Kavanaugh, Grand Chief of Treaty #3.

“This is the result of leadership, dedication, and commitment to improve the lives of the citizens and people of Lac Seul First Nation. Today represents more than just the opening of the new water treatment plant. The construction and completion of this facility has meant the end of a long-term drinking water advisory that has been in place since 2003. Clean, safe, drinkable water is a human right, and it hasn’t been granted to a number of Indigenous peoples across this country… The amazing work that’s been done here needs to be celebrated as a victory of such, but it meets the mark of the beginning and not the end… The government of Canada is committed to lifting every long-term drinking water advisory on reserves by March 2021. It’s something that’s doable. There are a lot of challenges, but it’s not insurmountable,” said Marc Miller, Minister of Indigenous Services in the Federal Cabinet.

“I look forward to the day when all Canadians have clean drinking water in your homes just as Kejick Bay now has,” said Sioux Lookout Mayor Doug Lawrance.

“We are all very grateful for the construction of the new water plant… Our government promised our friends and families clean water by 2021, and this is a big step towards that direction. As youth leaders on our student council, we are committed to holding our government accountable for these promises Miigwetch to our Chief and Council for working to provide us with clean water and opportunity,” said Mohoney Trout, grade eight Waninitawingaang Memorial School student. 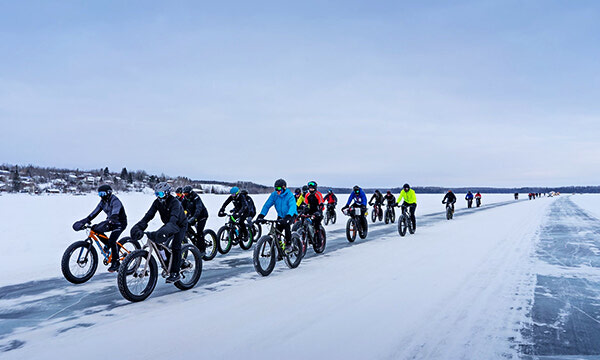