Neskantaga First Nation community members began returning home on Monday (Sept. 22) after many residents evacuated the community due to a break down in its water-pump and back-up water-pump.
An elevated State of Emergency was issued by the community after it said an emergency evacuation request to Indigenous Services Canada on Sept. 14 was denied as it dealt with what it called an exacerbated water crisis.
Incumbent Kenora Riding Liberal candidate Bob Nault stated in a Sept. 17 news release, that he had been informed that the issue with the community’s water pump had been resolved and that water testing was underway.
A news release issued by the community on Sept. 22 informed, “Analytical results of water samples collected on September 18 and September 19, 2019 from the various locations in the distribution system for microbiological testing indicate that all required conditions have been met to guarantee that the drinking water supply is of an acceptable microbiological quality.
“The water samples taken within the distributions and at the Water Treatment Plant showed the chlorine residual at a level in accordance with the current legislation. The Do Not Consume Water Advisory that was in place in the community will be lifted and the Boil Water Advisory will be reinstated.”
“We are happy to be finally going home after a long week away,” said Chief Christopher Moonias. “I would like to thank our people for the strength they’ve shown, and the individuals and organizations that have helped and supported us along the way. Our hope is that the Canadian government follows the lead of the people and supports our community in overcoming this difficulty as well as the continued battle we experience with the 25-year boil water advisory.”
On Sept. 15, Kenora Riding New Democratic Party candidate Rudy Turtle stated, “My thoughts are with Chief Chris Moonias and the people of Neskantaga who are in a water crisis because of the breaking of the main pump in the community.
“The community has been forced to self-evacuate because Indigenous Services Canada refused to unlock emergency funding to help Neskantaga First Nation in this time of need. This is wrong.
“We call on Justin Trudeau to respect the wishes of the community and to immediately provide funding to cover the cost of evacuation and the repair or replacement of the water pump.
“Neskantaga First Nation has been under a boil-water advisory for more than 25 years. This is appalling, and a clear affront to the human rights and dignity of Neskantaga’s people.
“Indigenous communities in Northern Ontario and across this country are all too familiar with this reality. Too many families are still waiting for safe, clean, drinkable water in their communities. This demonstrates that the Liberal and Conservative governments' priorities are not and have never been in the right place. Access to clean drinkable water is a fundamental human right. Indigenous communities have been denied that right for far too long.”
Nault concluded, “In July 2017, the Liberal government invested $8.8 million to upgrade Neskantaga First Nation’s water treatment system, including an addition to the existing water plant. Neskantaga First Nation is now in the final stages of completing construction upgrades to the existing water treatment plant. My understanding is that the new water treatment system will be completed in October, and I am looking forward to ending the longest advisory in Canada’s history. When completed the water treatment plant will provide safe, clean, drinking water for generations to come.” 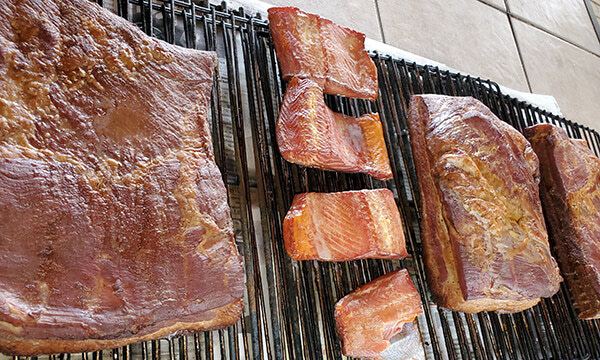 Today was cloudy, with some rain sprinkles spitting at us occasionally. The temperature stayed cool. Dozens of flocks of Sandhill Cranes squawked overhead.