Chris McKhool (centre) invited Kids Kaleidoscope Entertainment Series showgoers to perform on stage with him and his friends Kevin Laliberte (right) and Drew Birston (left) during the trio’s performance at Sioux North High School on Feb. 27.
McKhool, Laliberte, and Birston had audience members clapping and dancing to the music as they introduced the crowd to musical styles including world beat and East Coast fiddling.
McKhool was on a tour of Northern Ontario playing songs from his Juno nominated album FiddleFire. 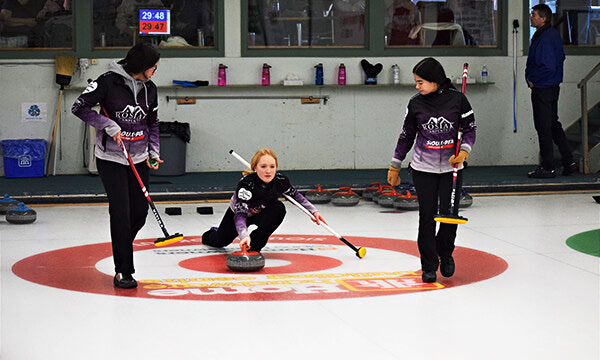 The Sioux North High School (SNHS) girls curling team had a packed schedule that saw them play over 25 hours worth of games from March 4 to 10, averaging three games a day.