Council approved the recommendation from staff at their Feb. 17 regular meeting, directing staff to allow residents to exceed the maximum height permitted as per By-Law 16-06 for grass and/or weeds during the months of May and June, 2021.

Dryden resident Reagan Breeze, a beekeeper for over 20 years, asked Sioux Lookout Municipal Council at their November regular meeting to allow residents to let their yards grow with springtime flowers such as dandelions, giving Honeybees and pollinators vital nectar and pollen at the very beginning of the spring season.

“It’s a beautiful thing. We almost have the whole 807 area code collective all onboard,” Breeze shared with The Bulletin.

“It’s a deep passion. I’ve been a beekeeper for over 20 years. I know they’ve been on the decline for years and years and years. You see a little bit here and there, but nobody really speaks about the fact that they are one of the most vital species for our existence, for everything to exist on this planet. So when that one domino goes, which is the Honeybee, our pollinators, we all go.”

He continued, “As a beekeeper, it’s my mission to make flowers bloom, make community gardens blossom, to make sure food banks have a healthy stock of healthy migrant foods that we all need. There’s nothing but positive, there’s not one negative that follows along with this movement at all.”

Breeze said he is trying to educate people, “I’m not asking for everybody to grow a hay field or farm field within their communities in their yards. But at the same time, it’s to educate people to eliminate herbicides, pesticides. If you have dandelions, just allow them to grow. The fireweed, so forth like that, it’s all about accommodating our pollinators, which like I said, are most vital to our existence.” 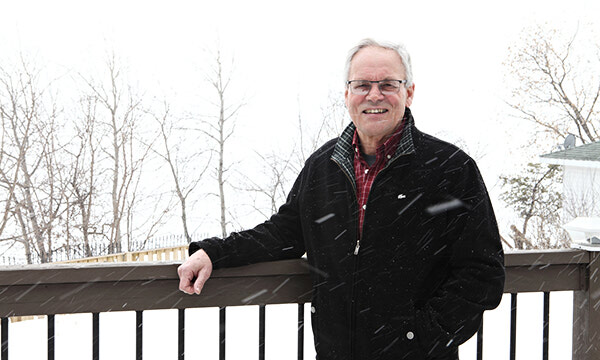 In a previous inte