With the Ministry of Natural Resources and Forestry's Aviation Forest Fire and Emergency Services informing that Red Lake 49 is now under control and contained at 552 hectares, Red Lake residents are able to return home.
On August 16 Red Lake Mayor Fred Moto issued the following message on social media, “I want to welcome our residents back home, and for those who are coming home over the next few days or so, safe travels and we look forward to welcoming you back to Red Lake!”
The Municipality of Sioux Lookout advised The Bulletin last week that the Municipality of Red Lake had reached out to them, “to assist with helping to find lodging and assist with other logistical matters relating to the Red Lake evacuation.” The Municipality of Sioux Lookout advised it had anticipated receiving 10-15 families of evacuees.
As of last Friday, the Municipality of Sioux Lookout advised it had not been asked to assist with the Fort Hope evacuation.
Vulnerable members of Eabametoong First Nation (Fort Hope) were evacuated from the community last week due to health concerns relating to smoke surrounding the community. Chief and Council declared a forest fire and smoke emergency on August 11. Nipigon 45 was reported on the evening of August 15 as being approximately 35 kilometres away from Eabametoong First Nation by the Ministry of Natural Resources and Forestry. Three more fires were burning around the community as of the morning of August 17 according to the Matawa Fire Marshals. Vulnerable community members have evacuated to Timmins – 175, Kapuskasing – 81, and Thunder Bay – 345. Approximately 1000 people remain in the community as of the morning of August 17.
Nipigon 45 had burned 6678 hectares as of 5 p.m. on August 15. As of that time, 16 FireRanger crews were at work on the fire supported by eight helicopters. 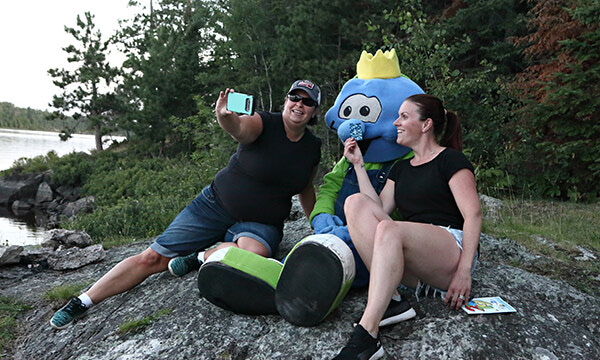 Twenty teams of two competed in the 3rd Annual Epic Car Scavenger Hunt on August 4 during the Blueberry Festival.