Council authorized funding applications to the Northern Ontario Heritage Fund Corporation (NOHFC) for $171,000 and to FedNor for $171,000, in addition to a Municipal contribution of $85,000, and any cost overruns, to remodel the basement of the Sioux Lookout Public Library Building, located at 21 Fifth Avenue, to accommodate the Library, the Sioux Lookout Community Museum, and an Indigenous Knowledge Centre, as a Community Hub.

Council authorized staff to submit an Expression of Interest – Intake 1 Application for funding under the Municipal Modernization Program; the Expression of Interest request funding includes a Municipal Service Delivery Review, line by line audit of the Municipal budget and IT solutions or process improvements, to achieve cost savings and efficiencies.
In a written report to Council, Michelle Larose, CAO, states, “The Provincial Government has a mandate to make the Province more fiscally responsible and in doing so, have implemented a Regional Governance Review, OneTime Funding program to municipalities to assist in finding efficiencies in their operations and streamline costs and the Audit an Accountability Fund for large urban municipalities. The most recent funding program has been announced which is the Municipal Modernization Program.” 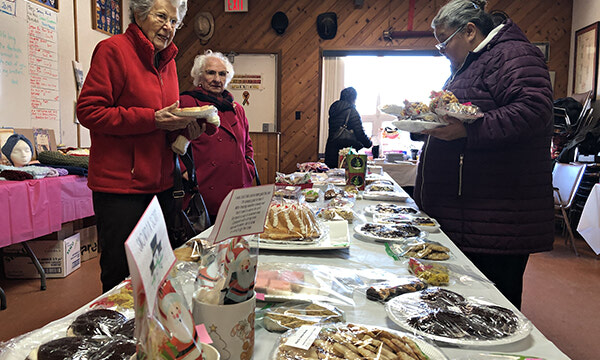 Baked goods, knitted items, Christmas decorations and homemade perogies were all for sale at a special fundraiser put on by Sioux Looks Out for Paws animal rescue on Dec. 1 at the Fire Hall.