Mayor Doug Lawrance presented a 20 Year Service Recognition Medal from the Governor General of Canada to Municipal Emergency Services Manager, Fire Chief Robert Popovic. Lawrance congratulated Popovic and thanked him for his 20 years of dedicated service to the community.

Mac Potter, Manager of Environment and Community Relations, Mark Miller, Director of Projects and MacKenzie Denyes, Manager of Regulatory Affairs from Treasury Metals Inc. made a presentation on the Goliath Gold Complex to Council.

“Nice to see such a clean report,” Bath commented.

No adverse water quality incidents occurred during the reporting period.

One adverse water quality incident occurred during the reporting period on June 17, 2020, “There was a sustained water distribution system pressure loss event originating at the Hudson Water Treatment Plant. The event was reported as an observation of improper disinfection.

The 2020 annual reports for the Sioux Lookout and Hudson drinking water systems can be downloaded at: https://bit.ly/3ty5STl.

Council, based on recommendations from the Municipal Truth and Reconciliation Committee, directed staff to implement the following activities to memorialize those individuals interred in the northernmost section of Northway Cemetery, which shall be undertaken in collaboration with key community stakeholders from Sioux Lookout and Northern First Nations communities:

A common memorial that describes the history of this section of Northway Cemetery, in an effort to recognize and memorialize all of the individuals interred in this section of the Cemetery for which specific interment sites cannot be identified; and A multi-denominational and Traditional memorialization service to occur in June 2022; and A community multicultural feast to follow the multidenominational and Traditional memorialization in June 2022; and The Municipality to develop a database of information as it pertains to the history of individuals interred in Section 1 of the Northway Cemetery.

The Keeping of Chickens

Council authorized the passing of By-law No. 24-21, Being a Bylaw to Authorize the Mayor and the Clerk to Execute a Contract Between The Corporation of the Municipality of Sioux Lookout and McSweeney & Associates in an amount of $50,713 + HST for the Tourism Modification Project.

Municipal Economic Development Manager Vicki Blanchard explained in her report to council, “On March 17, 2020, the Ontario Government declared a state of emergency under the Emergency Management and Civil Protection Act, to cope with the spreading COVID-19 outbreak. As a result of this closure, the Municipality of Sioux Lookout and several tourist lodge operators began working together to lobby all orders of government and identify and share resources that could provide any type of support. The COVID-19 Tourism Modification project came about from the input and concerns of local lodge owners and additional project partners were sought out.

“The project partners include The Northwest Training and Adjustment Board, Ministry of Energy Northern Development and Mines, FedNor, Destination Northern Ontario, Sunset Country, The Sioux Lookout Chamber of Commerce, and PACE. Letters of support for the project have been received from The Township of Pickle Lake, The City of Dryden, Moosehorn Lodge, Fireside Lodge, Anderson’s Lodge, Nutt’s Country Cabins, Knobby’s, PACE, Sunset Country, and Destination Northern Ontario (DNO).

“A significant amount of effort was dedicated to gathering input from tourism operators and using their feedback to lobby government for support for the tourism industry in the Sioux Lookout and surrounding area. As a result, the attention of Economic Development Minister, Melanie Joly, was captured along with industry experts, Executive Director of Destination Northern Ontario, David MacLachlan, and Executive Director of Sunset Country, Gerry Cariou.

“The Municipality is now seeking a qualified consultant (contract now executed) to assist in the preparation of best practices specific to the northwestern Ontario resource-based tourism industry, in light of the pandemic, the development and hosting of a virtual charrette to collect input from industry stakeholders, the development of training modules/ training program for operators, and a final report on the effects of the pandemic on the industry in the Sioux Lookout region.”

Council authorized the passing of By-law No. 23-21, Being a Bylaw to Authorize the Mayor and Clerk to enter into and Execute the Municipal Funding Agreement for the Transfer of Dedicated Gas Tax Funds for Public Transportation Program Between The Corporation of the Municipality of Sioux Lookout and the Minister of Transportation for the Province of Ontario.

Municipal Treasurer Carly Collins shared in her report to council that the agreement will result in the Municipality being eligible for a maximum of $51,219 for 2020-2021 which will be transferred to Sioux Lookout Handi Transit.

Jody Brinkman, Manager of Development Services, shared in his report to council that the Request for Proposals (RFP) for the project included, “The removal of all Designated Substances and the removal of all non-structural building components, mechanical systems, electrical systems and plumbing systems. Basically completely clean out the building of all elements outside of the building structure. This will provide the opportunity for a clean slate to a potential developer if the building is deemed structurally suitable for future development.”

Five proposals were received. Brinkman also shared in his report to council that, “The pricing provided has greatly exceeded the original anticipated costs of $40,000 to $80,000. In completing the designated substance removal and selective demolition we will have the opportunity to better determine the structural adequacy of the building. If deemed to be worth salvaging the next step is to replace the roof coverings and repair any damaged roof decking. This cost is expected to be around $125,000 to $175,000. If the building is deemed structurally unsound repairs can be made or demolition of the entire structure can commence. The anticipated cost to complete the demolition is around $200,000 to $250,000.”

Council approved the Municipality Truth and Reconciliation Committee’s 2021 Work Plan and budget request, submitted for Council’s consideration in compliance with By-law No. 79-15, Being a Bylaw to Establish the Terms of Reference for Council-Created Committees.

Council authorized the passing of By-law No. 26-21, Being a Bylaw to Regulate the Cemeteries of The Corporation of the Municipality of Sioux Lookout and to Rescind By-law No. 28-12; and further Council approved the updated Cemetery Tariff of Rates, as attached to the Clerk’s Report No. 2021-45, dated March 17, 2021.

Health and Safety Policies and Procedures

Council approved amending Schedule “A” to By-law No. 92-18, Being a By-law to Make Appointments to Various Boards, Commissions and Committees by adding:

Council approved amending Schedule “A” to By-law No. 92-18 (Being a By-law to Make Appointments to Various Boards, Commissions and Committees) by deleting: 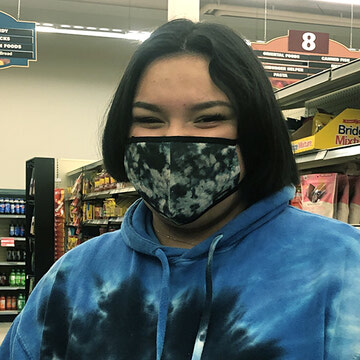 Question of the week: Being in Red - Control zone, Easter may look different this year. What are your plans this year?