Municipal Levy to Kenora District Home for the Aged
Mayor Doug Lawrance put forward the following resolution, which council voted in favour of, directing staff to prepare a report on the history of the levy to the Kenora District Home for The Aged, the cost trend over time and the occupancy of Sioux Lookout residents at the William A. George Extended Care Facility.

104 Third Street - Zoning By-law Amendment No. Z02-2022 – Applicant: Bob David Consulting on behalf of Sioux Lookout Area Aboriginal Management Board (SLAAMB)
Kristen Bartmann, Planning Coordinator, and Jamie Robinson, MHBC Planning, shared in their written report to council, “A Zoning By-law Amendment application has been submitted by Bob David Consulting on behalf of Sioux Lookout Area Aboriginal Management Board (SLAAMB) for the subject property at 104 Third Street, Hudson. The Zoning By-law Amendment has been submitted to rezone the subject property from the Hudson Residential (HR) Zone to the Hudson Residential Exception Two (HR-2) Zone. The owner of the subject property is proposing to construct a single-detached dwelling that will be used as a Group Home for SLAAMB training program participants. A Group Home is not a permitted use within the HR Zone and a Zoning By-law Amendment is required to permit the use.”
Council voted to receive the Planning Report dated April 20, 2022, respecting Zoning By-law Amendment Z02-2022; and Council directed staff to prepare a subsequent Planning Report, for presentation to Council at a subsequent Council Meeting that considers the feedback received at the April 20, 2022, Statutory Public Meeting.
No concerns were voiced by municipal staff, government agencies or members of the public regarding this matter. The property can be connected to the municipal water system, but will need to provide its own on-site sewage system. Northwestern Health Unit, the approval authority for septic systems, will inspect the site for that purpose when the snow melts. The matter is expected to come back to council for consideration once that has taken place.

Shoreline Road Allowance Closure and Sale – Applicant: Ryan Brazier
Council authorized the passing of By-law No. 26-22, Being a By-law to Permanently Close, Declare Surplus and Authorize the Sale of a Highway of the Municipality of Sioux Lookout.
In a Public Hearing earlier in the evening, Council had voted to receive the Planning Coordinator’s Report (No. 2022-35) dated April 20, 2022, respecting the Road Allowance Closure and Sale Application for the shoreline road allowance adjacent to Ryan Brazier’s property at 52 Loon Lake Road, Sioux Lookout.
Ryan Brazier owns the abutting property, 52 Loon Lake Road and plans to use the additional land to do some work along the shoreline related to the launching of personal watercraft and moving floating docks.

62 Drayton Road – Zoning By-law Amendment No. Z01-2022 - Applicant: Robyn Fenelon
Councillors Don Fenelon and Connor Howie declared interest in this item and did not participate in any of the discussion or vote on this application. Fenelon is a relative of the applicant and Howie lives near the subject property.
Council received the Planning Report dated April 20, 2022, respecting Zoning By-law Amendment No. Z01-2022; and further Council authorized the passing of By-law No. 24-22, Being a By-law to amend By-law No. 85-18, Being a Comprehensive Zoning By-law for The Corporation of the Municipality of Sioux Lookout, as amended (62 Drayton Road).
Kristen Bartmann, Municipal Planning Coordinator and Jamie Robinson, MHBC Planning, shared in their written report to council, “The subject lands are located in the Urban Sioux Lookout Settlement Area and are designated Residential in the Official Plan. The subject lands are currently located within the Rural Residential (RR) Zone. The subject lands have a lot frontage on Drayton Road of 101 metres and a lot area of 2,500 square metres (0.25 hectares or 0.62 acres).
“The subject lands currently contain storage units and a seacan container that are to be removed in Spring of 2022. The applicant is purchasing the subject lands and are proposing a residential use. The applicant has sought authorization from the owners to apply for the Zoning By-law Amendment application. The applicant is proposing to construct a four-unit dwelling (quadruplex) on the subject lands, which is a permitted use in the R2 Zone.
“Lots in the RR Zone are require to have a minimum lot area of 10,000 square metres and a minimum lot frontage of 40 metres. In order to comply to the RR Zone, an amendment would have been required to recognize the reduced lot area; however the applicants are proposing to rezone the subject lands to the R2 Zone in order to permit a quadruplex.” 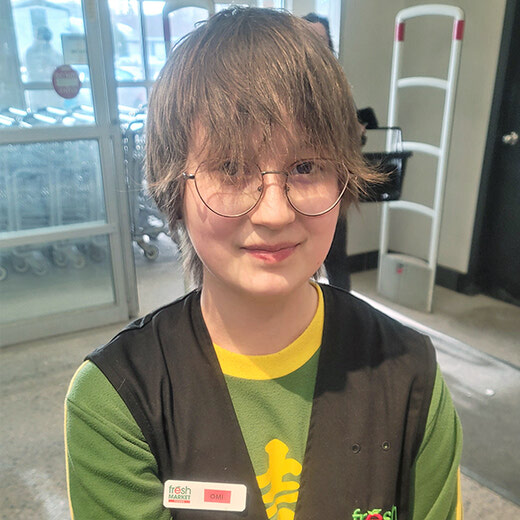 Question of the week: Mother’s Day is on May 8. Are there any Mother’s Day messages you’d like to share?
Tuesday, May 3, 2022