On May 2, the Provincial Government stated it has been, “actively working with federal and municipal governments, First Nations partners, and non-governmental organizations to prepare and respond to any flooding situation across the province during the COVID-19 outbreak.” However, in a statement also on May 2, NDP MPPs Guy Bourgouin (Mushkegowuk-James Bay) and Sol Mamakwa (Kiiwetinoong) said flooding is “already knocking at the door of Kashechewan First Nation” and accused the Province of “ignoring the threat, and failing to help with the evacuation.”
The Province shared through a media release, “As part of Ontario's flood preparedness planning, the province has been working with the federal government, municipalities and First Nations partners to develop evacuation plans. Recognizing the impact of COVID-19 on municipalities this year, Ontario is taking the lead on identifying suitable locations to host evacuees and to minimize the reliance on municipal resources for various supports, including health care and social services.
“As a result, the province has taken steps to ensure that provincial, federal and non-governmental resources, such as the Canadian Red Cross, can be deployed to minimize the burden on local communities as much as possible.”
"During these unprecedented times, our government is prepared for any scenario, and that includes the spring flooding season," said Premier Ford. "By working together with our federal, municipal, and First Nations partners and putting our provincial flooding strategy into action, we have taken the critical steps needed to help keep people and communities safe."
"Our staff are closely monitoring ongoing flooding risks across the province and working with partners and communities on any areas of concern," said Minister of Natural Resources and Forestry John Yakabuski. "We are ready to respond to any requests for sandbags during this very challenging time. We also continue to work with our partners to advance the important long-term initiatives outlined in Ontario's Flooding Strategy, which will help us become more resilient to flooding events in the years to come."
The Provincial Government also shared on May 2, “Current provincial projections show a moderate-to-high risk of flooding for northern Ontario and the James and Hudson Bay coasts, where staff are closely monitoring all major tributaries in anticipation of ice breakup, expected to begin in early May. As of April 30, 2020, surveillance flights have begun across the Far North to monitor these ice breakups, with operations based out of the Ministry of Natural Resources and Forestry's Moosonee Field Office.”
"Thanks to the extraordinary efforts of our emergency management personnel and partners, we will be able to safely evacuate Northern communities and provide for their needs until they can safely return home," said Solicitor General Sylvia Jones. "We continue to monitor flood risks and we are assessing all necessary actions to maintain the safety and wellbeing of communities. We will be ready to proceed with evacuations should the need arise."
"Our government will continue to work with First Nations leadership and the federal government to ensure the safety of remote Indigenous community members during the flood season," said Greg Rickford, Minister of Indigenous Affairs. "If or when an evacuation occurs, it will be conducted in the safest way possible, providing additional support to evacuees and northern host communities. Indigenous leaders across the province have taken critical steps to protect their communities from the spread of COVID-19 and we will continue to support those efforts through out the flooding season."
“As Ontario faces the spread of COVID-19, Kashechewan First Nation faces two crises: the global COVID-19 pandemic and spring flooding. A large group of the population opted to pre-emptively move to the traditional camps, but there are hundreds of others – including elders, children and the immuno-compromised – who will have to receive aid from Ontario and the federal government,” Mamakwa stated.
“We all knew the time would come, but the Ministry of Indigenous Affairs and the Solicitor General’s Provincial Emergency Operations Centre (PEOC) have both dragged their feet for far too long.”
“Northern municipalities, like Cochrane, Hearst, Kapuskasing, Sudbury, Thunder Bay or Timmins, have welcomed evacuees for years. But this year, PEOC and the Ministry of Indigenous Affairs sat on their hands for over a month and did nothing. Then, they turned to the municipalities at the eleventh hour, in some cases without even informing local authorities,” said Bourgouin.
“This is completely unacceptable. Neither the people of Kashechewan nor the municipalities in Northern Ontario deserve to be treated with inattention and rashness. It is just unfair and inhumane,” Bourgouin concluded. 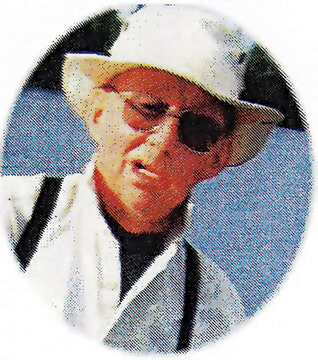 In loving memory of Cullis Graham.