Twenty-two teams participated in the Mixed Blueberry Best Ball Tournament on August 5, which saw the team of John Bailey, Cam Bailey, Dylan Husak, and Hillary Cameron post a 27 (-8) to win the tournament. The Sioux Lookout Golf & Curling Club thanked all the participants who came out and supported the local club and the Sioux Lookout Blueberry Festival. 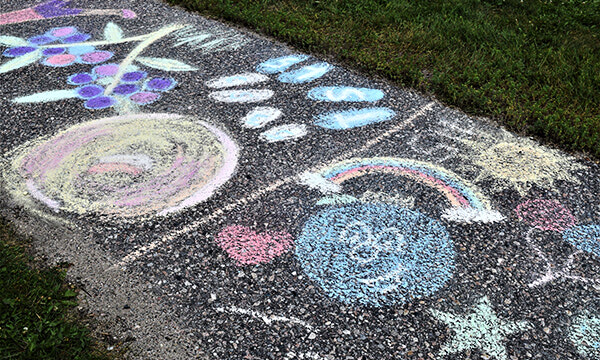 People of all ages were invited to participate in a chalk decorating contest outside of the Travel Information Centre on August 4. The walkways featured chalk creations of flowers, rainbows, Blueberry Bert, and more.