A 49-year-old man reported missing from Lac Seul First Nation on June 20 has been located, deceased.

After preliminary investigations, Lac Seul Police Service engaged the assistance of the OPP.

Sioux Lookout OPP shared in a July 2 news release that, “On June 26, 2021, human remains were located by officers near Whitefish Bay, Lac Seul. A post mortem examination was conducted at the Ontario Forensic Pathology Centre in Toronto, on July 1, 2021, during which Mr. (Fabian) Vincent’s identification was confirmed.”

Police added, “The cause of death remains undetermined, pending toxicology results. The investigation by the Sioux Lookout OPP, Lac Seul Police and OPP Forensic Identification Service (FIS) is continuing under the direction of the OPP Criminal Investigation Branch (CIB), in conjunction with the Office of the Chief Coroner for Ontario, and the Ontario Forensic Pathology Service.”

Police said there are no concerns for public safety.

Ontario Provincial Police and the Lac Seul Police Service are thanking the public for their cooperation and assistance during this investigation. 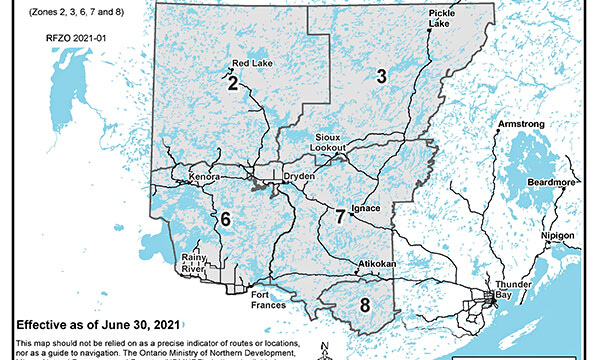