October 4 has traditionally been a day in Canada when people gather for Sisters in Spirit Vigils across the country, honouring the lives of Missing and Murdered Indigenous Women and Girls (MMIWG).
This year, due to the COVID-19 pandemic, the day was marked a bit differently in Sioux Lookout.
Keira Handorgan, Nishnawbe-Gamik Friendship Centre Healing and Wellness Coordinator, said, “Usually we do a candle-lit vigil and then we have a gathering back at the Friendship Centre after we do a march. But due to COVID, we were unable to do that this year. Instead, we were putting up a display in the front windows of the Friendship Centre. We have some posters that we usually use for the walk. We are going to be posting those up on the windows with some colors that they use for Sisters in Spirit, which is blue and white. We’re going to be leaving the displays up for the month of October.” She added that they had also made some informational posts on the Friendship Centre’s Facebook page about Sisters in Spirit.
Nishnawbe Aski Nation (NAN) Grand Chief Alvin Fiddler and the NAN Women’s Council said in a statement in support of Sisters in Spirit Vigils, “Nishnawbe Aski Nation and the NAN Women’s Council would like to acknowledge all Missing and Murdered Indigenous Women and Girls. We send our thoughts and prayers to the families and communities in support of their journeys towards justice and healing. Women are sacred; it is our collective responsibility to take steps towards keeping our women and girls safe. On behalf of the Missing and Murdered Indigenous Women and Girls, the NAN Women’s Council insists upon substantive change across all levels of government and services utilizing the Families First Principle (nothing for us, without us), so that no more Indigenous women and girls are lost.”
Carmelia Agustin, Counseling Coordinator at First Step Women’s Shelter, said that due to the pandemic and resulting travel restrictions, many northern communities have gone into lockdown, stopping women from fleeing to a shelter. “We’ve probably seen a drop in women coming. There is only so much we can do. If they don’t reach out to us we can’t reach out to them. It is confidential and thus we don’t have the means…so… Reach out for help!” Agustin added that even if someone is unable to leave their community, “they can always have someone to talk to, 24/7, especially if they have to stay.”
The Ontario Native Women’s Association (ONWA) has released a detailed report, titled, Reconciliation with Indigenous Women: Changing the Story of MMIWG (2020), outlining key areas of concern and recommendations for moving forward in ending violence against Indigenous women and girls. It was published a year after the Final Report of the National Inquiry into Missing and Murdered Indigenous Women and Girls.
According to the Ontario Native Women’s Association’s website, the intersecting social and economic marginalization in many areas contribute towards the exploitation and vulnerability to violence of Indigenous women. The report outlines 13 key recommendations covering 28 systems that Indigenous women navigate throughout their lifetime and the forms of violence they face within them, including: health care, child welfare, education, food or income security, homelessness, housing, employment, social services, media, social media, etc.
“Beyond physical violence, Indigenous women and girls also experience violence in the form of racism, discrimination, and a lack of sovereignty over their children, self and nations, as well as through misrepresentations in literature, education, and research,” Cora McGuire-Cyrette, Executive Director, ONWA said in a news release.
“To address violence against Indigenous women and girls, the National Action Plan must focus on these social and economic systems and their root causes.”
The 13 recommendations stated in the report are based on decades of input from Indigenous women, as well as previous reports. ONWA’s website states, “These strength-based recommendations and a holistic approach foster independence, resilience, and environments in which Indigenous women and girls are respected, not dehumanized, and their safety is supported.”
The report can be downloaded at: https://www.onwa.ca/learning-resources-mmiwg. 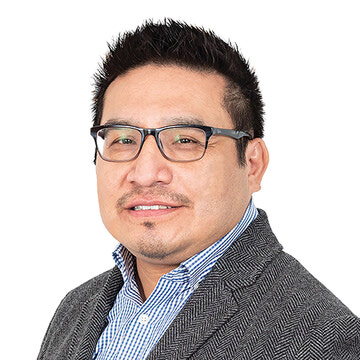 Kiiwetinoong MPP Sol Mamakwa says he plans to remain seated for the national anthem and God Save the Queen in the Ontario Legislature.