Ontario’s four largest education unions held a province-wide strike on Feb. 21, shutting down the public education system and resulting in over two million students across Ontario being out of class.
Students at Sioux North High School, Sioux Mountain Public School, Sacred Heart School, and Sioux Lookout Adult Education were affected locally by the one-day strike.
A news release from the Elementary Teachers’ Federation of Ontario (ETFO) said, “Members of the Association des enseignantes et des enseignants franco-ontariens (AEFO), the Elementary Teachers’ Federation of Ontario (ETFO), the Ontario English Catholic Teachers’ Association (OECTA) and the Ontario Secondary School Teachers’ Federation (OSSTF/FEESO) will all strike on February 21. This is the first time since the political protest of 1997 that teachers and education workers from Ontario’s main education affiliates will all be out of their classrooms on the same day. Nearly 200,000 teachers and education workers will strike across 72 school boards, affecting nearly 5,000 schools across the province in protest of the government funding cuts to education.”
“This is a demonstration of unity. It’s a demonstration that we’re not divided from our members or from the public in this province,” said Harvey Bischof, OSSTF President, on Feb. 21.
“Our members are very clear. They will not compromise the level of education that our students receive every day across this province,” said Liz Stuart, OECTA President.
“Educators in every school board will not stay silent as the Ford government proceeds to decimate our publicly funded education system,” said Sam Hammond, ETFO President.
In a statement on Feb. 20, Stephen Lecce, Minister of Education, said, "Your child should be in class; they should not be the casualty of union-led escalation. The focus of union leaders ought to be on negotiating a deal that keeps students in class. Our government will remain squarely focused on providing stability to students who face escalation by teacher unions far too often throughout their educational journey. We have demonstrated this focus on students during the negotiation process, by advancing educational priorities that matter: merit-based hiring, enhanced investments in student priorities and special education over union demands for more generous wages and benefits and committed - in writing - to protecting all-day kindergarten.
“Parents are losing patience with the union-caused disruption in their lives, the inconsistency in their children's education, and the financial impact of scrambling for alternate care. That is why we will continue to stand with parents and offer financial assistance through the Support for Parents initiative, which is providing financial support directly in the pockets of working parents… Our government remains focused on getting deals that ensure students are learning each and every day," he said.
The Keewatin-Patricia District School Board (KPDSB) has since announced that all KPDSB schools will be closed to students on Feb. 28, which includes Sioux Mountain Public School and Sioux North High School, due to the OSSTF participating in a one-day strike in select locations across Ontario
“All KPDSB schools (elementary and secondary) will be CLOSED to students on Friday, February 28, 2020. Childcares and EarlyON Centres in our elementary schools will remain open, but before and after school programming will not be operating. Cooperative Education placements for secondary students will be cancelled for the day. Adult Education sites in Dryden, Kenora and Sioux Lookout will also be CLOSED to students,” said Sherri-Lynne Pharand, Director of Education, in a statement from the KPDSB.
Schools across The Northwest Catholic District School Board, which includes Sacred Heart School, were expecting a one-day strike on Feb. 24 but, due to efforts to get back to the bargaining table, OECTA suspended the rotating strikes that were planned.
“Today’s historic strike was an incredible display of the passion and dedication of teachers and education workers across Ontario. At the same time, we have always said that our goal is to negotiate a deal at the bargaining table, and it is clear that our efforts are being effective in forcing the government to work with our Association toward a fair agreement. The mediator has called the parties back to the table on Monday, February 24, and we have been assured that the discussions will continue to be meaningful. As a result, OECTA will be suspending the rotating strikes planned for next week,” said Liz Stuart. 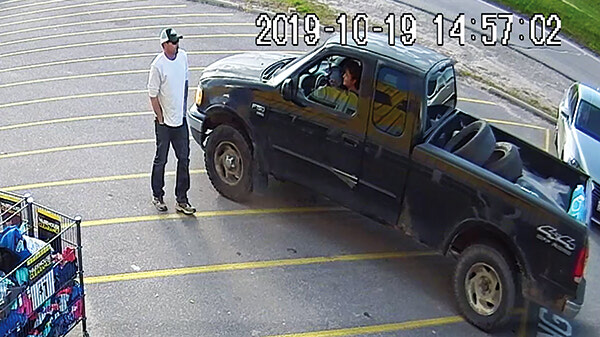 Members of the Sioux Lookout Detachment of the Ontario Provincial Police (OPP) are investigating a report from October 25, 2019, that someone had been making unauthorized purchases at multiple local businesses with a bank card that was misplaced...