Tom was born 07 May 1931 in Portage la Prairie. His early years were spent on the family farm in South Portage. He arrived in Sioux Lookout in 1952 for employment at the Radar Base. Tom met Eileen Morgan with love at first sight and they were married 14 Nov 1953. Tom loved carpentry work. He was employed at the old Hospital and Radar Base as the operations engineer. He then secured employment at the very old airport. His dream due to increasing business there was to enlarge the airport. It did increase in size, however business increased further necessitating what it is today.

He has been cremated and will occupy the plot with Janice. Services at a later day. 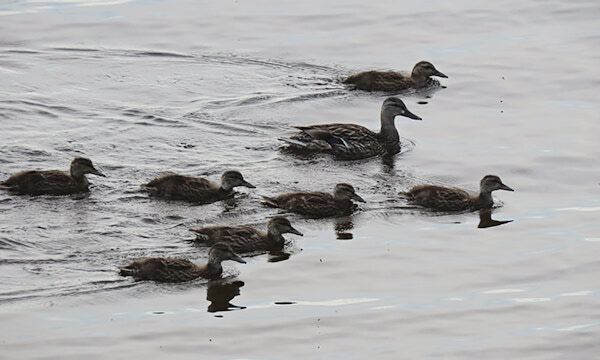 The shadow ducks are here for their daily swim-by. One is missing from a week ago, an eagle shore lunch, no doubt, but a healthy mallard family growing well together...