It is with heavy hearts that we say goodbye to our beautiful mom and grandma, Shirley Helen Grace Lelonde (née Baverstock). She was born May 8th, 1927 in Sioux Lookout to Harold (Baver) and Isabel Baverstock and passed away peacefully in her sleep on December 17th, 2020. In her words, “I’ve had a wonderful life!” Mom will be joining the Choir of Angels. Her special lullabies will be fondly remembered by her five children, Linda (Billy), Lana (Clyde), Calvin (Bev), Lori, and Dale (Luciana). Grandma left a legacy of nine grandchildren and 13 great-grandchildren. She also leaves behind her sister Lorraine and brother Gurney, and many nieces, nephews, extended family and friends. We are all carried through by the lifetime of wonderful memories.

Shirley and Mickey left Sioux Lookout in the 1950s for Red Lake and then Balmertown where they opened The North Pine Inn restaurant. They later returned home to Sioux Lookout where they would settle in their home on the hill. Mom made many friends over the years working at the Muriel Boyle Centre and later at the Crisis Centre. She was a member of the choir at Sacred Heart where she knew most of the songs by memory. Mom could often be heard singing. While her memory eventually faded, her love for music remained. Her final years were happiest when they were filled with music. She would hum along to the tunes whether it was over the stereo, with a musical guest or during karaoke time.

In her younger years Shirley was an avid ball player and her time as a back catcher spurred her love of sports. She spent countless hours at the baseball diamond and arena vocally expressing her excitement (and displeasure). She was also an eager traveller who fell in love with Hawaii. She went on many trips with Dad including highlights of watching the Yankees play in New York and a 1983 trip to Europe with her sisters Lorraine and Lorna. In later years, the west coast became their favourite destination and Shirley and Mickey would drive out to Victoria each year in their station wagon to wait out the Ontario winter. Shirley’s love of animals was passed on to her children and her compassion for people was apparent; she always put others ahead of herself. Many lessons of passion, courage and the love of family make us all a very lucky group to have known and loved her.

We would like to express a special thank you to Shirley’s niece, Carol-Ann, who was there for Mom when we were not able to be, as well as the staff at William George Extended Care and Meno Ya Win Health Centre for the excellent care. A Celebration of Life will be held at a later date when it is safe to gather together. In lieu of flowers donations may be made to the William George Extended Care in Shirley’s name. 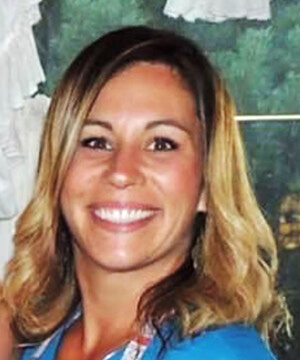 It is with deepest sorrow that we have to announce the passing of our beautiful daughter Jill. She was born in Thunder Bay and moved to Sioux Lookout in 1990.

She loved spending time at the lake swimming, water sports, fishing and booting around the...