It is with great sadness that we announce the sudden passing of Robert F. Best, Rob, as he was more commonly known, on November 30, 2020 at the age of 49, in Sault Ste. Marie, Ontario.  Rob is survived by his beloved daughter Kathryn Best, mother Joan May, sister Christine Best (Don) and nephew Harley. He leaves behind his Uncle Ron May, who he shared a special bond with since the day he was born, as well as several other aunts, uncles, cousins and many, many, many friends. Rob is predeceased by his Dad, Allen Best, and both his maternal and paternal grandparents.

Rob was born in Port Hope, Ontario on February 4, 1971 and grew up in Sioux Lookout, Ontario. As a teenager, he moved to Toronto, Ontario, where he lived with his Uncle Ron, whom he adored, and his family. During his time living with his Uncle Ron, Rob learned the ropes of his uncle’s courier business. Rob was always a passionate person, and this was very apparent in many things that he enjoyed and spent his free time pursuing. Some of his many hobbies and interests included cooking, the outdoors, travelling, writing, and a love of learning and knowledge which always showed through in his personality; but his greatest passion was music. Rob developed a love of music from a very young age, often sitting for hours with headphones, singing and pretending to be a rock star, and later teaching himself to play the guitar. As he grew up, music was his comfort and encompassed all aspects of his life. In the early 90’s, he found himself part of the band Bad Jazz where he put his musical talents and passion to task.  Rob and the band, Bad Jazz, experienced local fame and the rock and roll lifestyle, playing at Sioux Lookout’s famous McFee’s Tavern. Later, along with good friend’s, he formed the band The Drachm’s in Toronto and played many venues including the, Horseshoe Tavern. Rob was never happier than when jamming with his bandmates creating music.

As a young adult Rob returned to Sioux Lookout, where he started his career as an Emergency Medical Dispatcher for the Sioux Lookout General Hospital and later went on to become a Paramedic. It was also during this time that, that he welcomed his daughter Kathryn. Rob was not always present in her life, but he was always proud of the person she was and has become. His career took him to many communities, working within the emergency medical services field in many capacities through the years. His career in emergency medical services was an accomplishment for which he was very proud of and one for which he often reflected upon with fond memories. While the beginning of his career was spent in northern Ontario, Rob was eventually called back to Toronto, the city that he loved and would always call home.  While caring for others experiencing crisis and medical emergencies, Rob fought a private battle of his own struggling to manage mental illness and addictions for much of his life. Sadly, these issues resulted in his ending his career in emergency medical services, several years ago.   During, this time of struggles he ended up pursuing his creative side landing jobs in the movie industry where he worked on movie sets in Ontario. He very much enjoyed learning the ins and outs of this unique and creative industry and surely his work in this industry complimented his passion for music and the arts that began as a child and continued as he grew into an adult.

Despite his and his family’s best efforts, Rob was never able to find the peace that he so desired and for which his family and friends so dearly wished for him. We take comfort in knowing that he has found that peace now, with his Dad and the family and friends that went before him. He will forever live on in our hearts and special memories.

A Cremation has taken place and a Celebration of Life will be announced at a later date, when it is safe to gather. 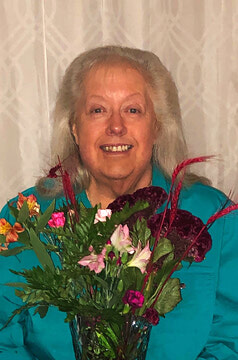 Mrs. Eva Kakepetum (Nee McCouan) age 68 years, passed away into her eternal rest at TBRHSC on January 10, 2021. Born in 1952 in Chapleau ON, Eva was raised in Schreiber and Windsor graduating from St. Clair College. She was an effective addictions and...