It is with heavy hearts that we announce the passing of Ms. Karen Elizabeth Seaton on January 22, 2019. Karen passed peacefully in her sleep while enjoying what she loved, travelling, exploring and writing another chapter to her extensive book of life. Karen Elizabeth Seaton was born in Thompson Manitoba, raised in sunset country in Pickle Lake where she called northern Ontario home for many years, returning often to visit family and friends.

With a spirit for adventure she took to the skies to become a helicopter pilot by attending Canadore College in North Bay Ontario. Upon completion Karen made the decision to change gears and set her sights upon a new challenge that would develop into a prosperous and fulfilling career. Karen attended Confederation College where she obtained her registered nursing diploma which provided a springboard that she would use to travel the world. Karen nursed in Hawaii, calling Kekaha Kauai home for almost 17 years. When further adventure called she boarded the tall ship HMS Tucker Thompson and sailed from Hawaii to the Tonga islands, New Zealand and Australia. Combining her desire for adventure and her passion for nursing, Karen later boarded the Royal Caribbean cruise ship Majesty of the Seas, where she worked her way across the Pacific, Atlantic and Caribbean shores making many new friends along the way. Her stories of the sea, of wildlife, sailing dolphins and majestic coral reefs will forever be etched upon our souls. With a desire to blaze a unique trail in life, she would later pull up stakes in Hawaii to cast her gaze upon a distant land where her adventures and pursuit of travel’s romance took her to live in Fiji where she built her new home. Karen was an aspiring writer, human rights advocate, lover of animals, was spiritually charged and a wide eyed explorer with a lust for the uniqueness of life. We lived vicariously through her stories and at times couldn’t believe we knew someone with so much zest, fight and enthusiasm for life. 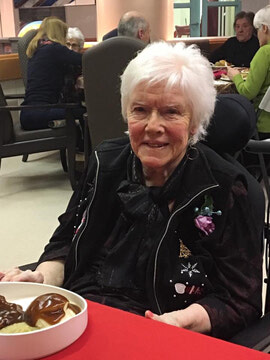