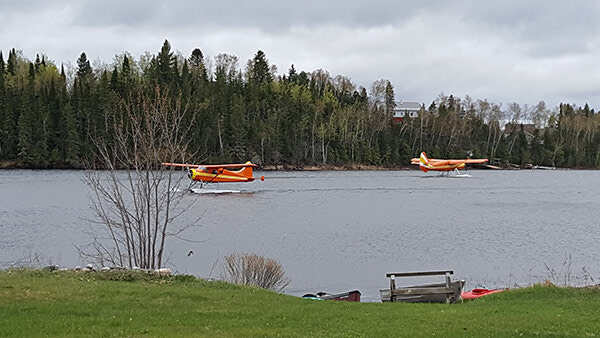 Shirley Gray snapped this photo of two Slate Falls Airways float planes, one arriving and the other about to depart, on May 23.