It is with great sadness that we announce the sudden passing of our son and brother DAVID HENRY MAKAHNOUK, age 62, on March 01, 2021.

He attended Queen Elizabeth High School and went onto to graduate with a business administration diploma from Confederation College in Thunder Bay.

David enjoyed his employment with the hudson mill for many years. His recent employment of 18 years was with the sioux lookout nations health authority (hostel) as a medical transportation driver whereby many colleaque friendships were made.

Many hours were spent at his mothers camp at mills lake – always cutting grass in the summer and raking the leaves in the fall. He also ensured that the inside and outside of the camp were maintained to perfection.

He loved to fish but never wanted to go into a boat for the fear of water. Many times he would take his mother out to his favourite fishing spots vermilion river bridge, and the causeway.

He also would like to beach comb the sioux lookout shorelines - searching for arrowheads, and driftwood pieces.

We found out that his favourite blueberry picking patch was in goodie lake area of hudson where he would pick blueberries for many people in sioux lookout and to fill up his own freezer for the winter.

He was the legion ladies regular bingo caller and a valueable member of their team so heaven is blessed to have a new bingo caller up there. He will be missed at the legion bingo games.

He loved the outdoors which included cross country skiing, nature walks in the bush, and partridge hunting. He loved playing board games, like yahtzee and card games like 31.

He was a kind and gentle soul and would help people out where he could.

Interment of ashes will take place at a later date in Sioux Lookout.

Donations can be made to the local Sioux Looks Out For Paws organization. 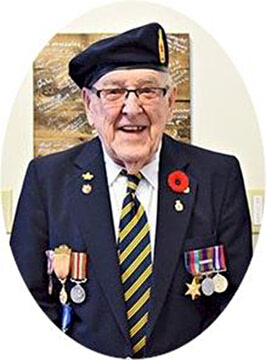 Bill Maskerine, at the age of 97, passed away at Princess Court, Dryden on March 5, 2021. His cherished wife of 71 years, Dorothy, at his side. A loving father to Bernie and daughter-in-law Pat, grandchildren Nathan (Lindsay) and Courtney (Denis) and...