In Loving Memory of Clifford Benjamin Coulson (Ben). Grieving the loss of a Son, Brother, and Grandson are: Mother; Heather Coulson (Brian Lunn), Father; Dan Coulson, Brother; Oliver Coulson (Yuliya Kyrychenko), Maternal Grandfather; Jim Brannan, Predeceased by Maternal Grandmother; Thelma Brannan (nee Tennant) Paternal Grandparents; Predeceased Cyril Coulson, and Ruth Tanner (nee Bailey), Grandparents; Bill and Clara Tanner. Ben is also grieved by his bestie and roommate Krista Noonan and also by many Aunts, Uncles and cousins as well as Recent and Childhood Friends
throughout Canada.
Ben grew up in Alcona (18km SE of Sioux Lookout) and went to school in Sioux Lookout until he was 18 yrs. old. He moved to Reddeer Alberta to find employment in the oil fields. He did many kinds of jobs before deciding to move to Edmonton and became an Electrician, when the bottom of the oil industry dropped out he changed jobs to ride out the fluctuating oil market. He loved Edmonton; nothing could dis-sway him from staying there. He had many friends and cousins there that he liked to spend time with either out at the club or at home having game nights, which were often dice, board games and cards. Ben LOVED all kinds of games including video games. He was known to be quite competitive. His story telling is legend; taking things to edge and saying “come on, that was funny.” Often our faces would hurt from laughing so hard. Ben “Uncle Ben” loved children, being a big kid himself it was easy to relate to them.
Ben was vivacious and charismatic even as a child, and as an adult his infectious laugh and witty come backs had him entertaining whomever he was with. The Ladies loved him and much to the surprise of his mother, he could even do the twostep!
His quick, intelligent mind was always curious about things and how they worked. He loved shows like “How Its Made” and when at work he always did it with enthusiasm and to the best of his abilities. His softer side was mostly hidden but he cared deeply about his loved ones, his family and
his friends.
His favorite saying “Sorry I had to leave so soon but someone HAS to save the Universe” 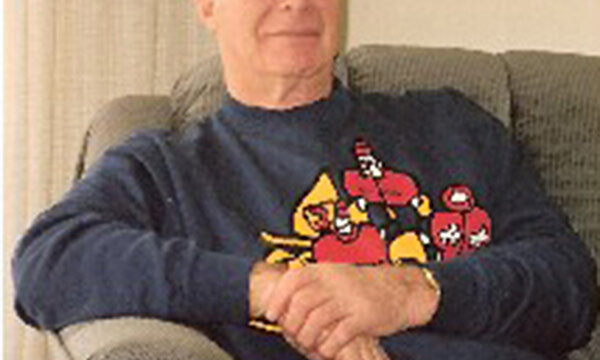 It is with great sadness that we announce the passing of a husband, a father, a grandfather, a great-grandfather, uncle and a father-in-law, whose death occurred at the Meno-Ya-Win Hospital, Sioux Lookout, Ontario on December 10, 2018...