Early Saturday March 30, 2019, Bernard, loving husband, father and grandfather was called home to be with the Lord.
He was born June 29, 1926 in Toronto Ontario to Henrick “Henry” and Florence (Giles). He then lived in Sioux Lookout for the duration of his life.
Bernard is predeceased by his parents, Henry & Florence, his brother Norman, sister Dorothy (Roy) and son Dale.
He was married to Hazel Evans in 1951, and together had five children, Ronald, Dale (deceased), Stephen, Susan and Lawrence.
Bernard enjoyed farming (in his younger days), fishing and hunting.
He pursued many hobbies over the years, Taxidermy, photography, gardening, and woodworking to name a few.
After a brief service in the Army, he worked for Canadian National Railways and after a head-on collision at MacIntosh in 1948, he continued to work for CN until his retirement in 1988, completing 44 years of service.
Bernard was one of the founding fathers of the Calvary Baptist Church and was a faithful member and deacon for many years. His love for the outdoors, youth and the Lord, led to his involvement with Happy Haven Bible Camp from its inception, His testimony touched many lives over the years.
We will continue to celebrate his life with our fond memories.
Bernard is survived by his devoted wife Hazel, his children Ronald (Vandi), Stephen (Kelly), Susan (John) and Lawrence (Erin) and numerous nieces and nephews. He will be dearly missed by his grandchildren Keanan, Alex, Olivia, Gabriel, Gavyn, Geneva, and Savannah.
To everything there is a season
A time to be born and a time to die.
Ecclesiastes
Words cannot express our families gratitude to the doctors and nurses at Meno Ya Win Health Centre and the William George Extended Care for the compassion and the exemplary care you gave Bunny during his stay at the respective care centers.
Funeral Services were held Friday April 5, 2019 at the Calvary Baptist Church officiated by Pastor Carter Krahn. Interment was in  Northway Cemetery.
If so desired, donations may be made to the Charity of Your Choice through the Sioux Lookout Funeral Home, Box 1449, Sioux Lookout Ontario P8T 1B9. Online condolences may be emailed to
[email protected]aytel.net 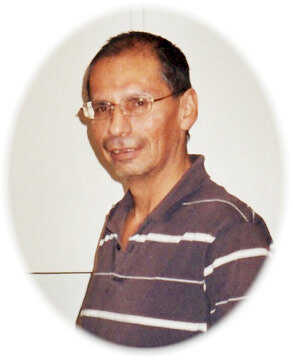 It is with heavy hearts that we announce the sudden passing of Carl Ernest Lyon of Sioux Lookout.