John (Jack) Douglas McClain – Passed away suddenly on Saturday evening, 18 May 2019, in Sioux Lookout, ON, aged 82 years. He was a loving husband, father, and grandfather. His greatest aspiration was his family and his love of nature. He was very kind to everyone he knew and had a knack to put a smile on the faces to whoever he encountered.
Jack is survived by his wife Elaine, sons, Douglas (Jackie) and Darryl (Caroline);  grandchildren, Kaylee, Ryley, Junelle, Madison, Yve and Charlie. He is also survived by his brother Ken, several loving aunts, uncles, nieces, nephews and a host of friends. He is pre-deceased by his brother Bill, parents, Douglas and Merle McClain, and step mother Mary McClain.
A Memorial Service was held on Friday May 24, 2019 at The Edward Switzer Memorial Royal Canadian Legion. Interment of ashes will be held at a later date.
We will miss him dearly...
Donations may be made in lieu of flowers to the Alzheimer’s Society of Canada through the Sioux Lookout Funeral Home, Box 1449, Sioux Lookout Ontario P8T 1B9. 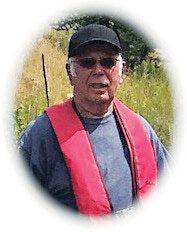 It is with deep sadness and heavy hearts that we announce the unexpected and sudden passing of our Husband, Dad and Grandpa. Joseph George Esterreicher(Sr.) passed away with his family by his side at the Thunder Bay Regional Hospital on May 13, 2019.