It’s with the saddest of hearts that we announce the passing of our father, grandfather, great grandfather, Gurney “Baver” Baverstock. He was laid to rest next to his beloved wife Delores “Dolly” who predeceased him in 2006.

Born in Sioux Lookout 29 May 1933 to Harold and Isabel, Dad spent his youth in Sioux leaving briefly to attend Forest Ranger School.

For Baver fire was the forefront of his career. He was employed by the MNR at the Fire Suppression Branch from 1955-1987. He was also “Fire Chief” of the Sioux Lookout Volunteer Fire Department, where he volunteered his services for 32 years. He was an active member and past Grand Knight of the Knights of Columbus.

Following the fire of 1967, Dad and Gordie Fenelon purchased “Bruce’s Point” and developed it into Abram Lake Park or commonly known as “Baver-Fenelon”.

Baver’s interests and hobbies included hunting, fishing, travelling, wildlife, sunshine, coffee and stories, but most of all his family.

Dad leaves to mourn Shelley of Langley BC, Katherine (Dale) of Penticton BC, Dean (Barbra) of Tottenham, ON, and Delores (Chris) of Thunder Bay, ON. Grandchildren Amanda, Brandon (Rienna) Aimee, Mallory, Thomas, and great granddaughter Ocean Belle. Also survived by his loving sister Lorraine (Kurt) of Thunder Bay and numerous nieces and nephews.

We would like to thank the Nurses and Support Staff along with the Doctors of Meno Ya Win Health Centre for their exceptional care of Dad.

If friends so desire, donations may be made payable to Meno Ya Win Health Centre - ALC Unit through the Sioux Lookout Funeral Home. 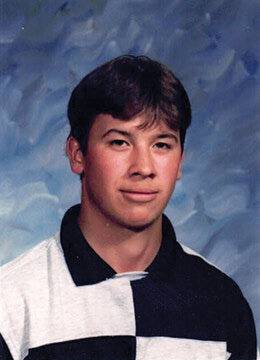 It is with great sadness that we announce the passing of Richard Paul Glena on July 14, 2021, in Thunder Bay, ON...