Mr. Joseph “Joe” Louis Kulchyski, age 67 years, passed away in Thunder Bay Regional Health Sciences Centre on Monday, April 25, 2022 with his family by his side. He passed after a very long and courageous battle due to complications from many cancer surgeries.

Joe was born on February 5, 1955 in Sioux Lookout, Ontario. He came to Thunder Bay in 1975 to attend college, where he met the love of his life, Debby (nee Swanson). They were married on July 5, 1980 and stood faithfully by each other for 47 years.

Joe was very proud to work for McDonald’s Restaurants from 1977 to 2012. He did very well with the company, and received many awards for his accomplishments. Joe cherished the friendships he made there over the years. After retiring from McDonald’s, he worked parttime in the Produce Department at Walmart for 4 years, which brought back many memories of working in his uncle’s grocery store growing up.

Joe loved playing hockey and looked forward to his Sunday morning ice time, and was very sad when he had to give it up due to illness. He played golf all of his life and was thrilled to volunteer several years for the PGA tournaments as a walking scorer in California. Joe and Debby loved to travel and were fortunate to have travelled to many places including wintering for 8 years in LaQuinta, California, which they looked forward to every year.

Joe will be greatly missed by his wife, Debby; daughters Dana-Lee (Sergei), Jillia (Justin) as well as his grandson Cash and granddaughter to be born in June. He is survived by his brothers, Jim (Karen), Donald, Dave (Deanne) and sisters-in-law, Donna, Judy (Jim) and Beverly as well as numerous nieces and nephews.

He was predeceased by his parents, Doreen and Joe Kulchyski.

As per Joe’s wishes, cremation has taken place and a private family gathering to celebrate his life will be held at a later date. Should friends so desire, donations made in his name to Ronald McDonald Children’s Charities or the Northern Cancer Fund (payable to TBRHSF) would be greatly appreciated.

Arrangements have been entrusted to the WESTFORT CHAPEL, 420 West Gore Street at James.
Please sign the online condolences at everestofthunderbay.com 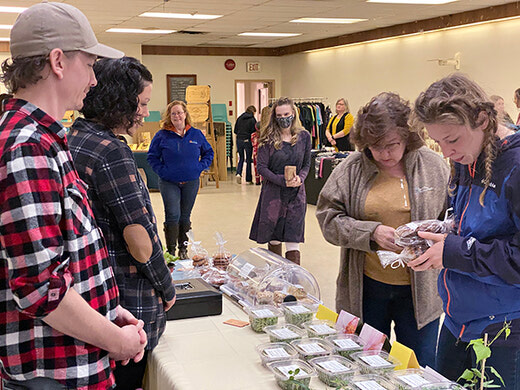 Despite rainy weather, nearly 260 people visited the Legion on April 23 to attend a Spring Market hosted by the Sioux Lookout Chamber of Commerce....