In loving memory of James (Jamie) Gordon Maki who passed away unexpectedly at the Meno Ya Win Hospital, in Sioux Lookout on Tuesday, October 19, 2021, at the age of 46, with family by his side.  He will be sadly missed by his wife Teri, four kids Tate, Tauno, Alexa (Fahryn) and Jayden.  His grandson Keith.  He is also survived by his mother Rebecca Maki, sister Lori Labelle (Kevin), his nephews Cooper, Brock, Brodie, Ryder and his niece Teale.  Jamie Gordon Maki is also survived by his aunt Donna Kennedy (John), cousin Scott (Sophie).  He will be missed by his numerous cousins and extended family from Sachigo Lake.  He is pre-deceased by his father Gordon Ernest Maki and his grandparents Catherine and Ernest Maki.
A private ceremony and interment of Jamie’s ashes was held at the Hillcrest Cemetery in Sioux Lookout on Wednesday, October 27, 2021 with Mrs. Donna Prior officiating.  There will be a celebration of Jamie’s life held on Sunday, May 1, 2022 for anyone who wishes to attend.  Further details will be announced closer to the date.  Thank you to everyone who has reached out and offered sympathies, support and prayers. 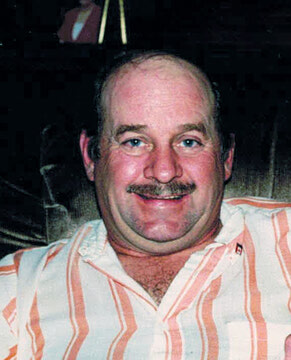 Sometimes I just sit quietly
reflecting for a while
Imagining your voice, your face
your warm and loving smile...