Whitney was born in Sioux Lookout to parents Isaac Ross Beardy and Hazel Marie Cripps.  She was a loving child but endured dark periods in her life.  She lost her father, her grandparents, and lost many relatives in her short life.  Whitney was a survivor.  She learned to survive the streets of Sioux Lookout from when she was a teen and lived independently.  Whitney had dreams of getting ahead in life.    Whitney was a kind and caring soul to those who knew her personally.  She loved many people and many people loved her in turn.  Whitney has had an impact on people from all walks of life in all professions.  Whitney suffered many losses and endured many hardships.

On June 28, 2020 Whitney prayed to the Lord to ask for His Forgiveness and stated her belief in the Son of God Jesus Christ.  Whitney was an outgoing person and made the best of any situation she was in.  Whitney will rise with the dead in Christ at the last trump.  She leaves behind many relatives from her father and mother sides of the families.  She has many relatives all over the north like Bearskin Lake, Weagamow, Kasibonika, and Eagle Lake and other parts of Canada.  She loved her boyfriend Geddy Masakeyash and his family from Mishkeegogaming First Nation.  She had many people who thought of her as a sister including people from Cat Lake, Slate Falls, Roger McKay, and others.  She leaves many cousins and aunts behind from the Adams, Beardy, Ostberg family, and family members from her mother’s side. 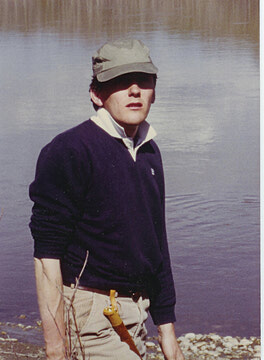 In memory of Craig Norell.