It is with great sadness that the family of Roger Dell announce the passing of our beloved husband, father, and grandfather on April 20, 2020 peacefully at home at the age of 74.
Roger was born in High River, Alberta on July 23, 1945. He attended school in Breton, AB where he met the love of his life, Nina. He joined the Royal Canadian Air Force in March 1964 as a Police Officer and was honourably discharged in November 1966. Following this, Roger decided to go into the retail market and marry Nina in 1967. He worked for many years for the Hudson Bay Company (Northern Stores). This decision took the family to many communities across the country with Marathon becoming the place to settle down. Over the years, Roger met many people which he always enjoyed stopping and having a chat. At the close of the Northern Store in Marathon in 1991, Roger was employed by Williams Mine and worked at both the Williams and David Bell sites in the warehouse until his retirement.
To fill his spare time, Roger worked for Shoppers Health Care delivering oxygen and equipment to the homes of clients all over the north shore. He enjoyed puttering around in his yard looking after his lawn and his garden. He was an avid sports fan, enjoyed curling and was known to walk 9 holes on the golf course. Throughout the years he treasured the many dogs he had as well as the ones he babysitted.
Roger will be sadly missed by his wife of 53 years, Nina, son Scott (Phyllis), daughter Stacey (Len) and granddaughter, Tya.
The family would like to extend a heartfelt thank you to our Friends, Neighbors, EMS and OPP, who all assisted at this time of need and reached out to our family at this difficult time. 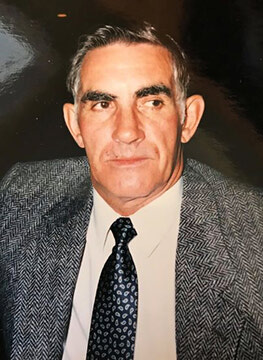 It is with sadness that we announce the passing of Dennis Ward (Gus) Goodfellow on April 16 with his family by his side. Dennis was born in Sioux Lookout and resided there until 1972.