After bravely fighting a battle with cancer, Pat passed away peacefully in his home.
Pat is survived by his partner of 29 years Maureen, his brother Michael (Glynnis), his sons Patrick Jr., Trevor, Jessie, and daughter Lindsay.  He is also survived by his extended family Kim, Dale (Joanie), Richard and Damien (April) and numerous grandchildren.  Pat is predeceased by his mother and father Manley and Eva Scott and his brother Jack.
Pat was born in Sault Ste. Marie, Ontario but raised in Wawa. He wandered in his life working in different mines across the country. When the mine in Pickle Lake closed, he came to Sioux Lookout looking for work. There he met Maureen and his many friends.  Pat was a faithful Legion Member and spent his latter years working at the Legion and helping out wherever he could until his illness forced him to retire.
A celebration of life was held at the Edwin Switzer Memorial Royal Canadian Legion on November 2, 2019.   Interment of ashes will be held at a later date.
If friends so desire, donations may be made to the Canadian Cancer Society through the Sioux Lookout Funeral Home, Box 1449, Sioux Lookout Ontario P8T 1B9.
He will be sadly missed by his family and friends. 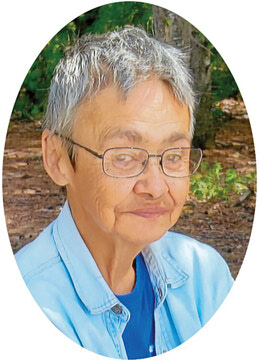 It is with sad hearts that we announce the sudden passing of Yvonne Buchan (nee Basketwang) on Monday October 28, 2019 with her family by her side.