It is with great sadness that we announce the passing of our dear mother, Mary Slattery, nee Fahy, who passed away on October 28, 2020 in her home in the presence of her loving daughters and grandchildren.
Mary was born on May 11, 1922, only daughter of Richard and Josephine Quirke, in Cahir, Co. Tipperary, Ireland.
In 1950 Mary married Eamonn Slattery from Ennis, Co. Clare and after the birth of their 3 children, Eamonn emigrated to Canada in 1959. Mary followed shortly after on the S.S. Ivernia from Cobh, Ireland to Quebec with her three young children, and the following year, their youngest son
was born.
Sadly on July 22, 1961, Mary’s beloved husband Eamonn passed away after a short illness in Sioux Lookout, aged 38 leaving a heartbroken family.
It was very difficult for Mary to be left a young widow in a new country, but she survived her cross and lived a long and fulfilling life.
Mary was employed at the General Hospital admitting dept, Sacred Heart School office secretary, as well as the secretary for the Catholic Church. She also was a supply teacher for the school as well. Later she was employed by the Town of Sioux Lookout recreation Department as office secretary, until retirement. Mary also sang in the choir for 45 years, one of her passions.
Mary was predeceased by her brothers Tommy (England) in 1965 and Daniel (Danny)(Cahir) in 1984.
Mary leaves behind her two daughters Sandra Slattery, Norma (Brian) Sitar, and sons Eugene (Susan) Eamonn (Sandy). Grandchildren Brendan (Jen), Darren (Samantha), Kyle (Rachel), Liam Slattery, Eamonn Jr. Slattery and cherished great grandchildren Reese, Tucker, Koen and Maverick. Mary was known as “Baba” to her grandchildren and
great-grandchildren and many others in town.
Mary always remembered her roots and was a proud Tipperary lady who cherished her Irish Heritage and never lost touch with “The Town she loved so well.”

Mary will never be forgotten.  Loved by all. Strong to the end. And missed by all.
Rest Peacefully 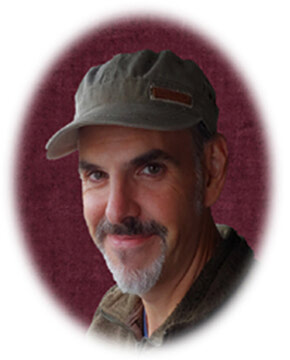 November 7, 2020 You can sleep when you re dead . A phrase often heard by Andrew Thomas Burke. Andrew finally got to sleep on Nov 7th after a pain in the ass battle with Cancer. His advice to all was If you re thinking about getting Cancer;...