Eva Motluk, Wife, Mother, Mother-in-law, beloved Baba and former resident of Sioux Lookout passed away peacefully at home on November 29, 2020 at the age of 94.
Eva was born on a homestead near Yellow Creek, Saskatchewan May 9, 1926. The family remained on the farm during the tough years of the 1930’s Depression after which they moved to a farm they purchased on the outskirts of Winnipeg.
Eva began her working career as a seamstress at Holt Renfrew in Winnipeg, eventually moving into sales. In 1951 she married Bill Motluk and moved to 29 Queen St in Sioux Lookout, where she and Bill raised their three children Billy, Susan and Donna and welcomed their friends into the Motluk home.
Volunteering and community were very important to Eva evidenced by the numerous aprons that she made every year for the apron booth at the annual Sacred Heart Parish bazaar. She volunteered with the Catholic Women’s League doing patient visits at the hospital and catering numerous weddings. As costume designer for the Sioux Lookout Figure Skating Club from 1966- 1976, Eva designed costumes for every figure skater participating in the annual Skating Carnival. The Motluk home during the months of February & March was a sea of costumes, skating dresses, and Mothers who gathered to sew to Eva’s specifications. Eva was passionate that every skater looked their best.
Following the death of her husband Bill in 1979, Eva began her second career with the Department of Natural Resources as seasonal chef at the Cedar Bough Junior Ranger camp where she not only cooked for the young women, but welcomed her role as mentor to them.
In 1992 Eva moved to Toronto to be closer to Susan and family, followed by a move to Belvedere, California in 1998 to be closer to Donna and family. The move offered her the opportunity to pursue her life time passion of gardening where she grew numerous varieties of flowers year round in her cherished back yard. Eva was central to the success of Alder Springs Ranch and Vineyard owned by her daughter Donna and husband Stuart. Her “retirement years” were spent helping in the vineyard, managing the garden and cherishing the summers when her children and grandchildren came together.
Eva continued to have fond memories of Sioux Lookout, and the great friends and numerous acquaintances she had made over the years.
Mom and Baba will be remembered for her strength, beautiful personal style, creativity, gourmet skills, and most importantly, commitment to and love of family. She will be deeply missed by Billy, Lori, Susan, Donna (Stuart Bewley) and her beloved grandchildren, Tyler, Lyle, Blair, Olivia, Erin, Will,
and Bennett. 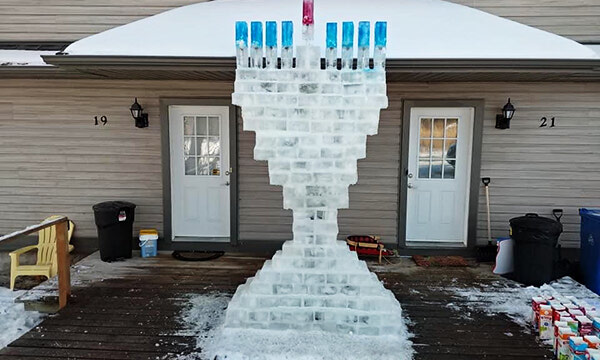