It is with great sadness the family of Don Brunton announces his passing on Wednesday, August 21, 2019 at the age of 75. Don lived in Sioux Lookout all of his life. He married his high school sweetheart, Donna Doust and they raised three children. Don loved the outdoors, sports and his large, extended and sometimes loud family.
Don was an expert fishing guide, and takes many secret fishing holes with him. He was a retired railroad conductor and tourist camp owner/operator. He had a passion for fishing, hunting, curling, golfing, and his wife Donna. He lived large, enjoyed spending time with friends and family, having a laugh and sharing stories. He will be forever missed and loved.
Don is predeceased by his father Angus, his mother Gertie and his brother Ed. He is survived by his wife of 54 years, Donna; his children David (Adele), Kathy and Jim; his sister Carol (Ted) and brothers Gordie (Monica) and Bruce (Donna); grandchildren Kristen (Andrew), Nicole, Alex, Mathew, Vicky, Sarah and Trevor; special nephew Andy along with numerous extended family members.
A celebration of life was held on Thursday, August 29, 2019 at the Edwin Switzer Memorial Royal Canadian Legion in Sioux Lookout. Interment of ashes will be held at a later date.
If friends so desire, donations may be made to the MS society through the Sioux Lookout funeral home, Box 1449, Sioux Lookout Ontario, P8T1B9. Online condolences may be emailed to: [email protected] 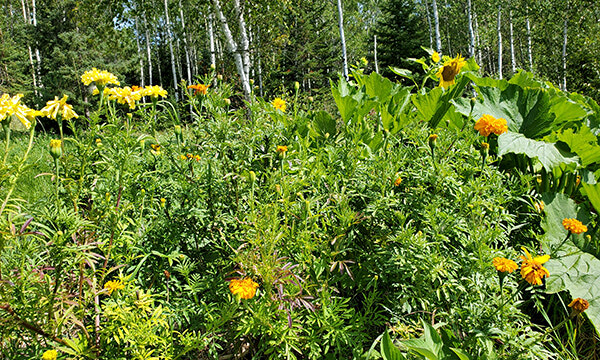 Dick’s Hideaway: The melancholy of summer turning to fall

The late summer garden is lush with tomatoes and zucchini, along with sunflowers artistically sown by last winter s birds sharing their bounty of feeding seeds.