Memories and Celebrations: - In Memoriam

Born in Transcona, Manitoba December 21, 1920, he attended high school in Leamington Ontario from 1934 to 1940, while working seasonally for H.J. Heinz in 1938 and 1939. He enlisted in Windsor in 1940, where he commenced his flight training in May 1941. Upon graduation he was promoted to Sergeant, transported to England, and assigned to the Royal Air Force.

In the fall of 1942 he joined other Canadians in the RAF’s 81st Squadron in North Africa as a fighter pilot flying Spitfires. He saw considerable combat in the ensuing months. He survived being shot down twice and in February 1943 was awarded the Distinguished Flying Cross.  By the fall of Tunis in May 1943 he was an acknowledged “ace” with 5.5 victories included in his official record.

He was returned to Canada where he established himself as a highly regarded flight instructor. However, in the spring of 1944 the Allies were desperate for experienced fighter pilots as air combat intensified in the build-up to the D-Day invasion of Normandy. As a result, F.O. Fenwick was reassigned to the RCAF’s 401st Squadron in Britain. He survived less than a month in his renewed combat role, being shot down for a third and final time on June 21, 1944 – an apparent victim of “friendly fire”. His family was living in Sioux Lookout, Ontario at the time of his death. Fenwick Lake in the Northwest Territories was named in his honour.

Flying Officer Fenwick was obviously a brave, determined young man who answered the call with dash and vigour. A lot of life was packed into 23 short years. Although we can’t thank him, we can’t forget him, he did his part to make ours one of the world’s great countries.

F.O. Fenwick was one of the first to be buried in the Beny Sur Mer Canadian War Cemetery. His gravestone reads: 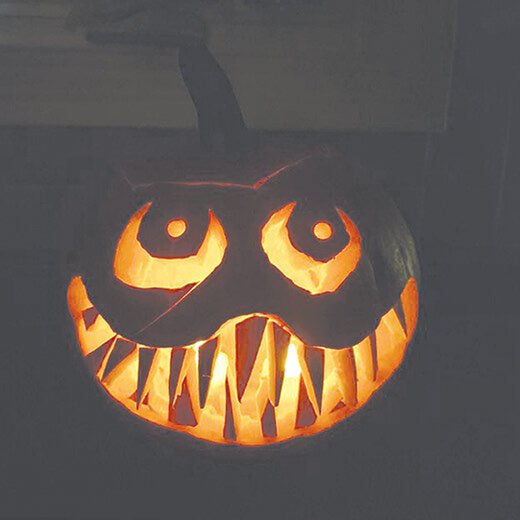 If you think creativity and imagination are lacking in Sioux lookout, perhaps the results of the Sioux Lookout Lions Club's pumpkin carving contest will change your mind...