Anishinaabe violist and composer, and Sioux Lookout resident, Melody McKiver has been named one of 15 finalists from across Ontario for the inaugural Johanna Metcalf Performing Arts Prizes.
“Fifteen finalists have been selected from across Ontario in the disciplines of dance, theatre, and music/opera. The finalists also include artists who are working in the spaces between and across these disciplines where many of today’s most innovative creators reside. Choreographers, composers, librettists, and playwrights, who have been producing and showing work over a period of at least ten years, are eligible for this meritorious and unrestricted prize. Of the 15 finalists, five winners will be announced on December 12, 2019 at a ceremony at Artscape Daniels Launchpad in Toronto. Each winner will receive a prize of $25,000 and will name a protégé as a way of celebrating early career artists who are themselves showing formidable promise. Protégés will be awarded $5000 each. The total value of the prizes is $150,000,” a press release from the Metcalf Foundation states.
“It’s pretty big for me because I know that I’m one of the younger finalists in the award pool that’s just starting to build up a body of work. Especially looking at some of the senior artists that are nominated, it shows me how my work will continue moving forward, but it feels like a really big acknowledgement for the work that I’ve been trying to do for the past ten years,” said McKiver (whose pronouns are they/their/theirs).
“The Indigenous arts community has always been very supportive of my work throughout my career… To see myself counted among those artists is a really big honour, and I think it’s a really important acknowledgment of the increased recognition that Indigenous arts has received in recent years.
“It’s really humbling to be in such a diverse group of artists… I’m really happy to have made it this far… I was nominated through a Northern Arts application with the Ontario Arts Council, so this is also a recognition that very few of the artists in the pool are coming from non-urban regions, especially in northern Ontario. I think it’s also important to recognize that being a national artist is still something that can still be viable within more rural and remote areas,” they continued.
McKiver’s bio reads, “McKiver is an Anishinaabe musician, media artist, traditional powwow dancer and artist, and arts educator of mixed ancestry. Melody is an enrolled member of Obishikokaang Lac Seul First Nation… As a solo performer, Melody explores the range of the viola’s possibilities, spanning from minimalist to danceable, often incorporating laptop processing and looping. Their most recent release is Reckoning EP (2017).”
Just prior to the upcoming award ceremony, one of McKiver’s recent projects will be premiering in Toronto on Nov. 30. The project combines contemporary music and Anishinaabe storytelling, which includes Elders from Lac Seul First Nation.
“I have a premier coming up at the end of the month, it’s called Odaabaanag. For me this is a big collaborative project where I’m writing a new string quartet but, as part of that, it’s a community arts focus project and partnership with two Toronto-based organizations Soundstreams and Jumblies Theatre. The biggest part of my project isn’t actually writing the string quartet, but it’s been interviewing Elders from Lac Seul First Nation, working with their transcripts and the audio, integrating that into my compositional process, and trying to work both within English and Anishinaabemowin… Bringing in Anishinaabe storytelling as a component is something that I’ve been really developing in my practice over the past two years. I’m excited to have the premier at the end of the month in Toronto,” they explained.
To stay up to date with McKiver, check out their Facebook and Instagram pages @melodymckivermusic as well as their website www.melodymckiver.com.
McKiver’s music is available on Spotify, iTunes/Apple Music, Google Play, Amazon Music, Deezer, and Tidal. 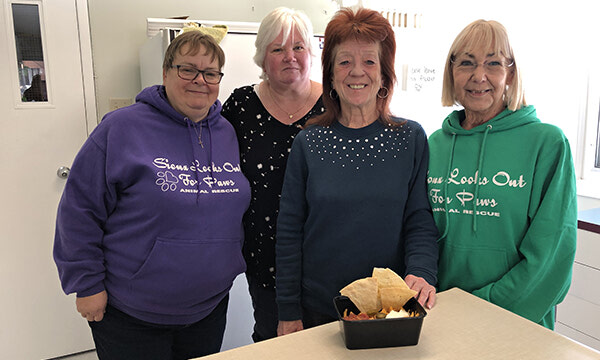