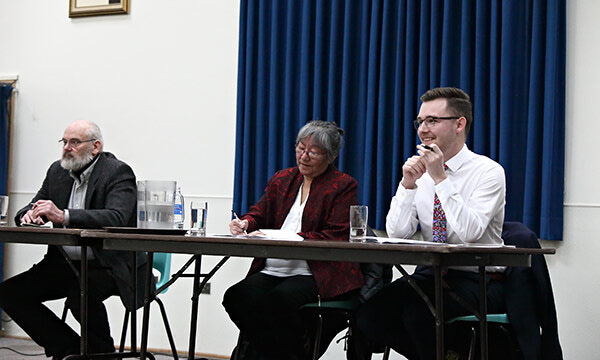 Sioux Lookout residents had the opportunity to hear from three of the four Municipal By-Election candidates at the Sioux Lookout All Candidates Forum for Councillor-at-Large on Jan. 7 at the Legion.