A 59-year-old Pickle Lake man and two women from Mishkeegogamang First Nation, 37 and 36 years of age, have been charged with manslaughter following an investigation by police into a 2018 occurrence.
Ontario Provincial Police shared at the time, “On October 14, 2018, members of the Ontario Provincial Police (OPP) Pickle Lake Detachment responded to two separate occurrences where a Pickle Lake resident and a Mishkeegogamang resident ingested medication that they believed to be pharmaceutical produced Percocet (oxycodone). The pills ingested are currently believed to be illicit opioids made to look like pharmaceutically produced medication. Both people became unconscious as a result of the drug ingested and a 29-year-old Mishkeegogamang resident died.”
The 59-year-old Pickle Lake resident was also charged with Unlawfully Cause Bodily Harm.
All three are scheduled to appear at the Pickle Lake Ontario Court of Justice on May 10. 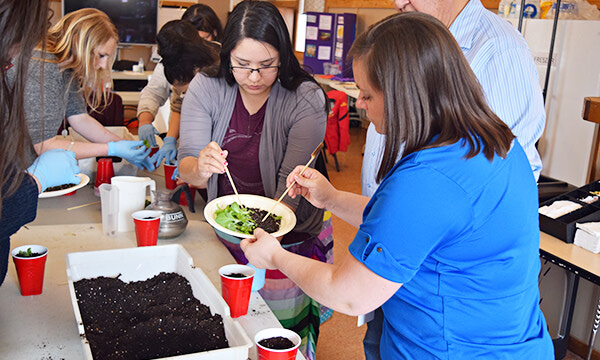 Community members had the opportunity to learn about, and practice, growing medicines during a workshop hosted by Equay-Wuk (Women s Group) at the Nishnawbe-Gamik Friendship Centre on April 30...